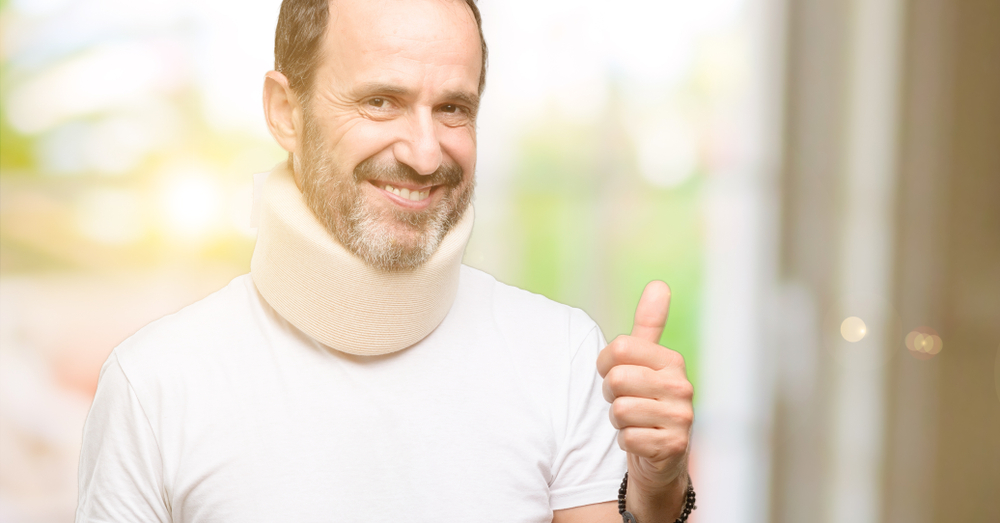 DOCTORS who had been treating a 46-year-old Waterford man for severe neck injuries have today called his miraculous recovery “a miracle”, after his whiplash suddenly disappeared within seconds of him receiving an €18,000 compensation claim.

Following two years of excruciating pain which left him unable to seek work, unemployed father of 9 Mark Nagle said he now felt zero pain after he was rear ended by a fellow motorist after he suddenly stopped his car to save a family of snails crossing a busy city street.

“My neck pain was a small price to pay for saving those snails, who, by the way, slithered off in terror before anyone else saw them,” Nagle recalled of the 2017 incident which changed his life forever, “it was just bad luck that poor old man was driving a little too close behind me and couldn’t stop in time – his insurance must be through the sunroof now, the poor divil”.

Nagle, who has been out of work since 2002, spent the last 24 months visiting specialist after specialist until finally being diagnosed with ‘whiplash’ as the reason to why he has been in excruciating agony since the car crash.

“I couldn’t even do this,” Nagle began head banging to heavy metal music outside the court, demonstrating his stunning recuperation, “it’s like I never had whiplash in the first place”.

Settling the claim out of court, solicitor Barry Hogan said he could not believe his clients remarkable recovery: “Money seems to have some kind of therapeutic effect on whiplash, with 90% of all my clients ceasing treatment the very second they receive a financial settlement”.

The revelation has sparked calls for all ambulance crews to carry large amounts of cash in their vehicles to help treat victims of whiplash at the scene.