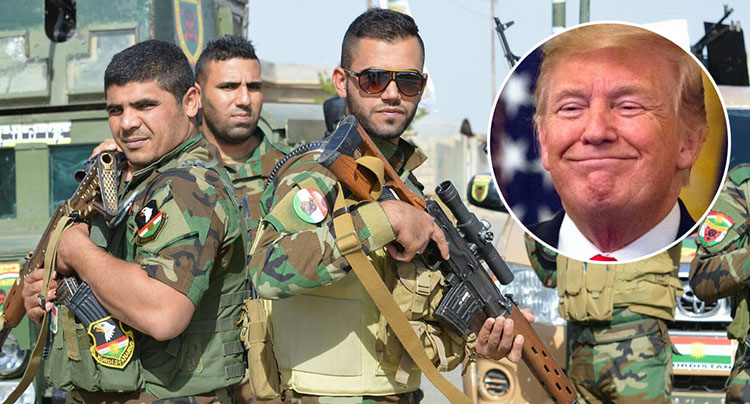 AT LONG last Donald Trump is finally acting in a presidential manner befitting the office he holds as he follows his predecessors by partaking in the time honoured tradition of betraying vulnerable allies in the Middle East, leaving them to die and creating yet another vacuum in the volatile region.

Trump’s decision to abandon Kurdish rebels fighting in the north of Syria, who were largely responsible for defeating ISIS, and leave them at the mercy of the invading Turkish army, has been described as ‘some seriously stupid shit’ but also ‘nothing out of the ordinary for a sitting US president’.

“Donald will take all the credit for the monumentally stupid decision, that’s just his style, but the last dozen presidents have done it too. It’s about as American as a morbidly obese police officer on a mobility scooter in Walmart shooting an unarmed black teenager in the back,” explained American military strategy expert Clifton Drummond.

The Turkish army is known for having a ‘sketchy at best’ record when it comes to ethnic cleansing of Kurds, but Trump will be hoping President Erdogan won’t use his military might against the Kurdish PKK party and its supporters who accused the Turkish government of funding ISIS.

“Trump is further fucking up the Middle East which is fucked up because America fucked it up. You know, I’m starting to think he’s cut out for this presidency business,” added Drummond, who has won the contract for rebuilding Syria, whenever everything settles down.