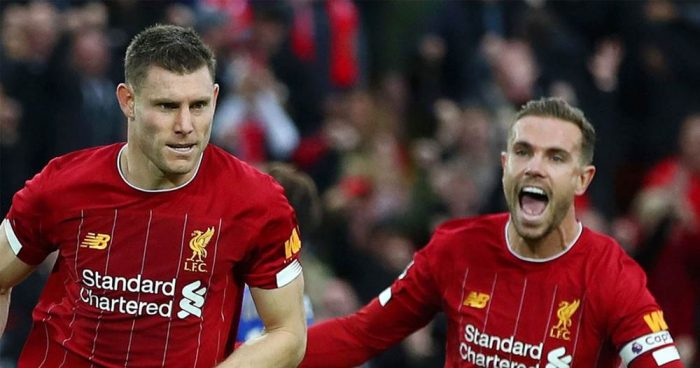 LEADING the league by 8 points, Everton in the relegation zone, Manchester City losing and Manchester United in a constant state of hilarious turmoil has led Liverpool fans this morning to express a very real worry that this is all a dream and they are due to wake up at any moment.

In a bid to stave off what they presume will be a devastating dose of the post-slumber real world reality, currently ecstatic Liverpool fans who are eerily suspicious at how brilliant everything is going, have taken to downing crates of Red Bull, coffee and speed pills.

This attempt to ride the wave of endless stimulants should help fans prevent the need to sleep, which brings with it the risk that they will at some point have to wake up and realise that in typical Liverpool fashion a near 30-year wait for a league title remains agonisingly out of reach.

“I don’t trust how happy and confident I am and how entertainingly awful United are,” shared one fan, who has rewatched the last few minutes of his team’s game against Leicester a dozen times just to make sure he hadn’t imagined a last minute penalty decision going in his team’s favour.

“And honestly, who loses to that Newcastle team, and in what ‘reality’ does Adama Traoré, who couldn’t find sand in a desert let alone become a clinical finisher in front of goal, score two goals against City? I know when my mind’s playing tricks on me,” added another Reds fan now jabbing his leg with a sharp knife just to make sure he’s actually awake.

“Can someone call me an ambulance,” added the fan fully convinced his team are 8 points clear now that he was bleeding profusely, “the time to mentally prepare for an embarrassing and emotionally devastating collapse in form begins now”.