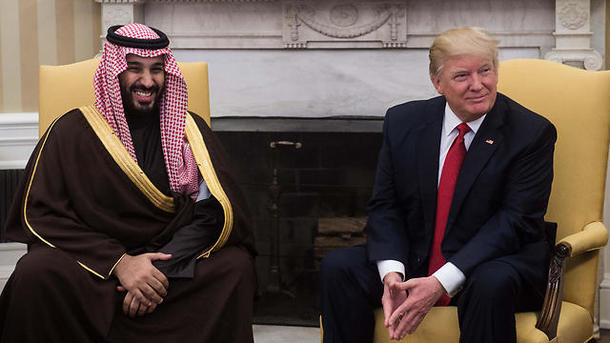 SHOWCASING the sort of moral superiority it seeks to be known for the world over, the US government has reiterated it will stand resolutely alongside the nation largely responsible for facilitating the 9/11 attacks, after oil depots in Saudi Arabia suffered a drone attack allegedly carried out by Iran.

“We’re ready for another cheap, easy and largely consequence-free war in the Middle East, and what Iran needs to learn is that the US will not stand idly by as Saudi Arabia, the nation that did more than any other to help bring down the Twin Towers, is under attack,” explained one US military official.

“We’ll blindly bring our entire nation into a bloody and nonsensical war if it means petrol will be 5 cents cheaper, for that is as American as apple pie,” added the official, before confirming he wouldn’t be surprised if the US suddenly found totally trustworthy evidence of weapons of mass destruction in Iran.

The US has been busying trying to build a coalition of allies for further shows of strength against Iran, who again for the record did not facilitate terrorists attacking America in the way the Saudi Arabian government did, however, far from finding it hard to get support the UK, France, Germany and Israel simply responded ‘how high do you want us to jump?’.

“Look, we can turn a blind eye to war crimes, causing famine in Yemen, bombing women and children, and yup, supporting the 9/11 attackers, but when it comes to bombing oil supplies, well, it’s the worst thing any human can ever do,” added a Trump administration official, pointing out that if Iran simply murdered a journalist in one of its own embassies like Saudi Arabia did, it would have probably let it slide.