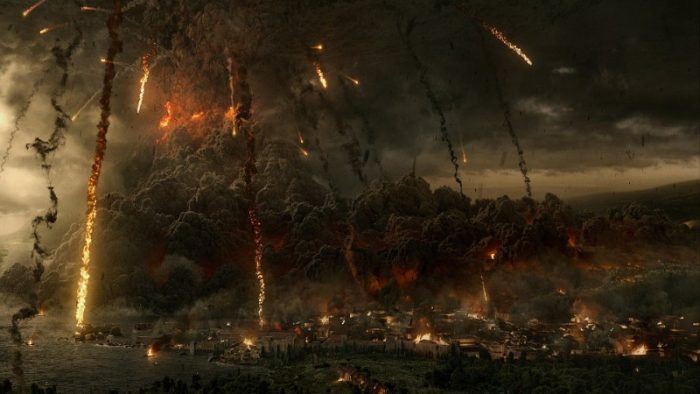 AS IT becomes ever more apparent that Boris Johnson’s government is in such disarray that it can’t be counted on to muster the brain cells required to see sense and try to avoid a hard Brexit, the Irish government has steadily increased its level of preparedness for such a regretful outcome.

However, no matter how logical, practical and pragmatic some of this planning could be nothing can prepare the government better than helplessly watching disaster movies, paying special attention to the scenes in which a harried scientist lambasts men in suits for not listening to their doom laden prognoses soon enough.

If the government and various heads of departments still feel motion pictures depicting cataclysmic events leave them underprepared, they can just revert back to their current plan of just hoping for the best.

1) The Day After Tomorrow

A classic of the genre and can double up as a depressing and arresting visual rebuke of the government’s own lack of commitment to climate action policies. The terror doesn’t lessen with repeated viewings.

An unavoidable meteor impact that devastates earth. Sounds like appropriate viewing. And with Morgan Freeman as President, this film could appeal to the Taoiseach’s inflated ego.

Morgan Freeman is the president in Deep Impact, right? Not Armageddon. The government may have to go above and beyond to protect the impact on the Irish economy and watch both movies, there’s only so much we can do research wise on their behalf.

Idiots causing mayhem everywhere they go. The perfect way to whet the appetite for the hell to come.

Watching every missed opportunity to spot the iceberg and rechart course accordingly may well feel for the government like James Cameron literally made a movie about their own failure to accept how grave things are. Plus, the world’s most famous Leo can watch Leonardo Di Caprio at his acting peak.