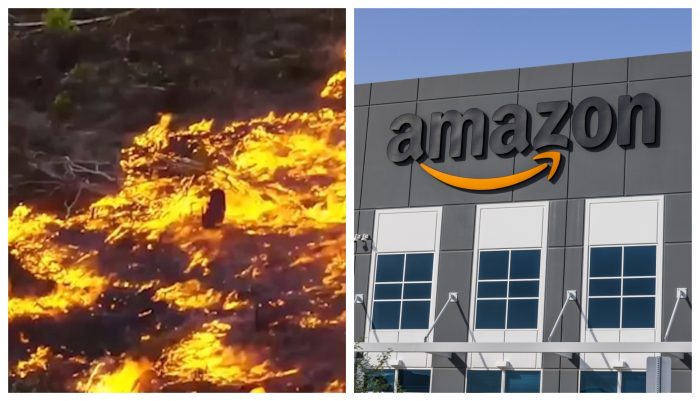 RELIEF has washed over a panicked world as their fears that retailing giant Amazon Inc and its warehouses had been set ablaze have proven incorrect, WWN can confirm.

The shocking news that over 73,000 fires had been set this year alone was greeted with significant outcry but quickly subsided when it was revealed it was only the Amazon rainforest at risk of devastating ruination and not the place you buy USBs from.

“Oh thank fuck for that, I was worried for a minute – that’s where I order books from,” shared one concerned consumer, speaking of Amazon retail warehouses and not of the place the world gets 20% of its oxygen from.

Overseen by Brazilian president Jair Bolsonaro’s purposeful inaction, farmers have burned much of the Amazon to use for cattle and other farming as public officials highlighting the damage done have been fired.

Bolsonaro’s Amazon strategy has received criticism and countries have suspended contributions to Brazil’s Amazon fund as a result, meaning fears that your ability to get any random cheap crap on Amazon.com were overstated and exaggerated.

“Relax, it’s only a rainforest. It could’ve been much worse,” one man cautioned whiny climate change activists, “think about it – Amazon Prime are making a Lord of the Rings TV show, if a fire destroyed that, now that would have been a serious incident requiring a swift international response”.