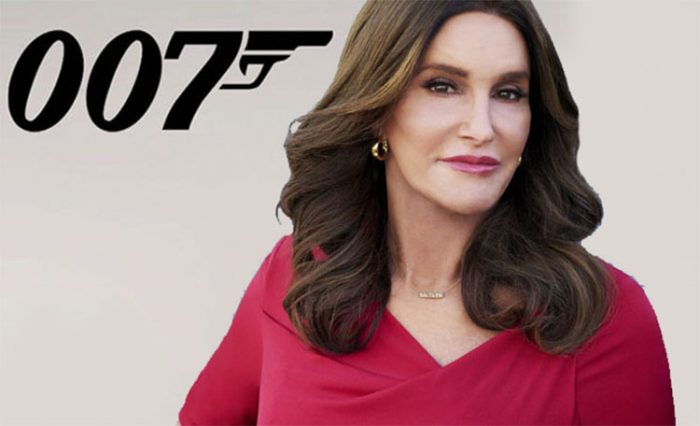 AS the new title for Daniel Craig’s final outing as James Bond is revealed as ‘No Time To Die’, die hard Bond fan’s worst fears have been realised as Caitlyn Jenner is being heavily tipped to take over the role.

“It’s bad enough No Time To Die has Bond becoming a virgin beta cuck male vegan yoga instructor who thinks women are people too, but this is too far…an American?” shared one Bond fan who recently quit his job to take up complaining about hypothetical movie castings and plotlines on a full time basis.

The giddy anticipation surrounding the Bond sequel has been punctured slightly by the rumour Jenner will be one of 9 actors simultaneously playing Bond, each one seemingly less Bond than the last.

“I’ve heard there’s a black person too, a quadriplegic climate change activist and worst yet other people who aren’t my preferred choice either,” added another Bond fan, who was frustrated at film producers ignoring the recommendations he writes in his own blood.

“I like my Bond sexist, racist and generally violent towards women, is that too much to ask?” passionately intoned one more Bond fan, who was never really a Bond fan until they realised it provided them with another thing to give out about.

Rejected titles for the next Bond film include ‘Plenty Of Time To Die’, ‘Look I Was Just Going To Hop In The Shower But I’ll Have Time To Die After?’ and ‘I’m Not Gonna Lie, I Know I Said I’d Be There On Time To Die But I Haven’t Even Left The House Yet’.