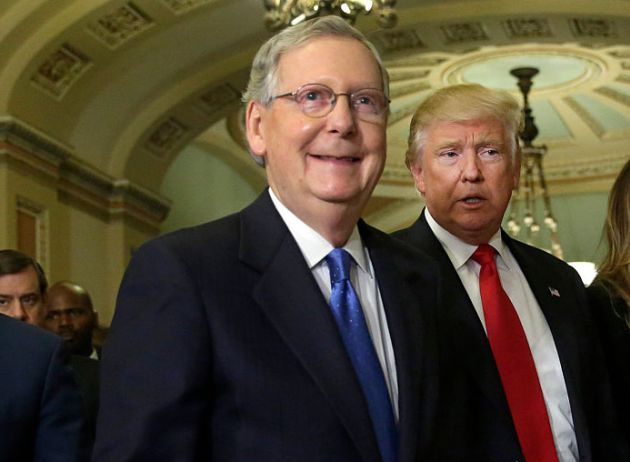 A REPUBLICAN politician of significant influence, Mitch McConnell is seen by many as the person most responsible for the lack of gun reform laws, an enabler of President Trump’s thinly veiled racist policies and the driving force behind increased divisiveness in US politics.

Here’s everything you need to know about the 77-year-old Kentucky senator:

Had pioneering heart removal surgery in the early 90s.

Sadly, is of Irish descent.

Refuses to put a price on the lives of those killed by gun violence, in fact refuses to limit the amount of money he is willing to accept from the NRA.

Despite new background check laws for gun owners receiving support from both Democrats and Republicans, McConnell continues to enjoy the needless slaughter of innocent people too much to pass the relevant bills.

Repeatedly voting against bills that would provide healthcare coverage for 9/11 first responders, but McConnell shouldn’t be judged by this act alone as there’s a wealth of other reprehensible things to choose from.

Voted ‘nyet’ to elections security bills which would make it harder for foreign powers, such as Russia, to interfere in US elections.

A complex individual with a multitude of contradictions, McConnell props up Trump’s aggressive and racist attacks on minorities and immigrants but is married to an Asian American. Also appears to be human, but all evidence suggests he is not.

Is incredible popular among a vast and diverse array of white, gun-owning Republicans.

Looks like a grumpy turtle but unlike a turtle he doesn’t have a shell rather is a merely a shell of human being.

As he nears his 80s, God has reportedly beefed up security at the gates of Heaven significantly. Satan has followed a similar strategy for the gates of Hell.