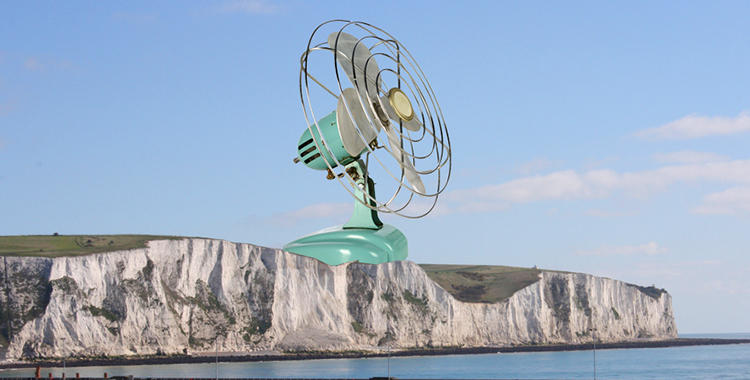 EAGER to stay ahead of the ramifications of their impending exit from the EU, the government of Great Britain have given the go-ahead for the erection for a 100 metre tall fan on the Cliffs Of Dover, ready for any shit that will fly over the channel from mainland Europe.

“It’s that old saying… when the shit comes, you better have a fan!” beamed Boris Johnson, breaking ground at the Dover site.

Assembled journalists took a moment to correct Johnson, stressing that the adage suggested that one did not want to be anywhere near the location of a fan, should shit hit.

“Nonsense,” beamed Johnson, sporting a shovel with a Union Jack on it because of fucking course.

Several sources were then sent for, to stress that should shit hit a massive fan in Dover, the resulting spread of shit would be cast far and wide across Britain, covering every square inch of the once-proud nation in shit; real, actual shit.

“Excellent. Spirit of the blitz,” chuckled Boris, jabbing at the ground with the handle-end of the shovel.

Desperate to make the PM see sense as the BM approached, a congregation of thousands threw themselves at the feet of Johnson, begging him to reconsider.

“More money for the NHS” smiled Johnson, seconds before a wall of faeces hit him and his country, like a slightly browner version of the video for Michael Jackson’s Earth Song.