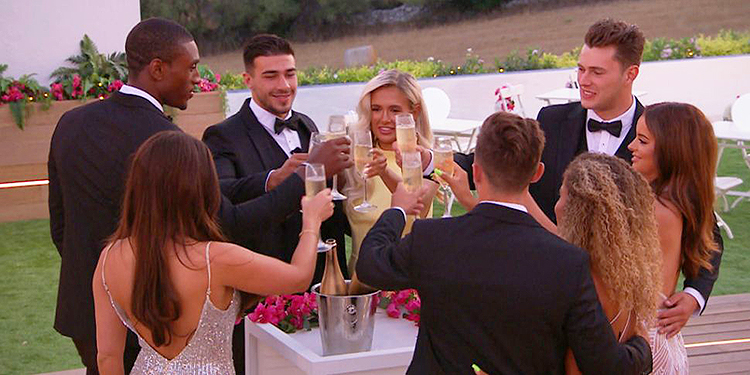 PRODUCERS of the hugely popular reality TV dating show Love Island are today reeling after the script for the programme’s final episode were leaked in the early hours of this morning online by a group of hackers calling themselves ‘Peekers’.

The 102-page script which details every moment of tonight’s final has some interesting revelations, including how Tommy has seemingly been hooked up to an experimental cliché generator machine that has apparently been feeding him lines all throughout the series.

“It’s better to be safe than sorry,” Tommy tries explaining how he hasn’t had an original thought for the past 8 weeks to Molly-Mae, before malfunctioning and breaking down into some sort of cliché loop, “a stitch in time is worth two in the bush… I’m so tired I could eat a horse… you can’t judge a book by water under the bridge.. “.

Former contestant Michael makes a comeback after scaling the villa’s perimeter to announce he still loves Amber, challenging Greg to ‘a duel’ in the courtyard. Love Island security tries to intervene, but Michael manages to take stuffed elephant Ellie-Belly hostage, threatening to rip it to shreds with a bread knife. Amber talks Michael out of it, just as security tasers him.

However, Michael accidentally falls into the pool and dies from the water’s high conducting charge. His lifeless body is quickly removed from the house, just in time for Curtis to tell Maura how much he loves himself.

Ovie and India spend the majority of the finalé trying to string a sentence together in what seems like a final task, but as the episode progresses, it’s clear this is not a task at all, just 17 minutes of painful conversation about the best recycling practices in the home.

In a desperate bid to get Curtis to sleep with her on TV, Maura concocts a “sleeping potion” for Curtis using a collection of cleaning and cooking powders from the kitchen. The unsuspecting Curtis falls ill immediately and lies in a heap on the ground. Molly-Mae refuses to help Maura lift Curtis into the bedroom and an argument over friendship ensues between Molly and Maura.

Tommy, still not making sense, tries to reason with Maura using more clichés, telling her “it ain’t over ’till the shoe is on the other foot”. Curtis spends the remainder of the show vomiting into a bin, demanding medical attention. Maura continues to try bedding him regardless, occassingly trying to slip her hand down his shorts, but to no avail.

The leaked script also details how the previous contestants, apart from the now deceased Michael, re-enter the show halfway through tonight’s final, much to the bewilderment of finalists, who seem to have already forgotten who these people actually are.

“Yer wan who?” Molly-Mae responds to Yewande after she repeats her name again for the fourth time, “and you shared a room with me… are you sure? Mad, I have no memory of you, but I’m sure you’re a nice person”.

Former contestant Anton asks everyone not to be upset over him not making it to the final, and wished the remaining finalists all the best of luck, reassuring them it will be okay, even though he’s not going to be there, and repeating over and over again that it’s okay, he “will be with them in their hearts, always and forever”.  Anton is later forcibly removed by security after complaints from the finalists, and was later charged by local police for loitering outside the villa.

Finishing with a Love Island ball and some soppy proclamations of fake love, the well dressed contestants do one more salmon into the pool before realising it has been emptied earlier over the whole Michael fiasco, leaving two more contestants dead, and the runners-up and overall winners with severe, life-changing injuries. However, not to spoil a good show, we’ll leave the name of those winners out of this article as a mark of respect for the show.