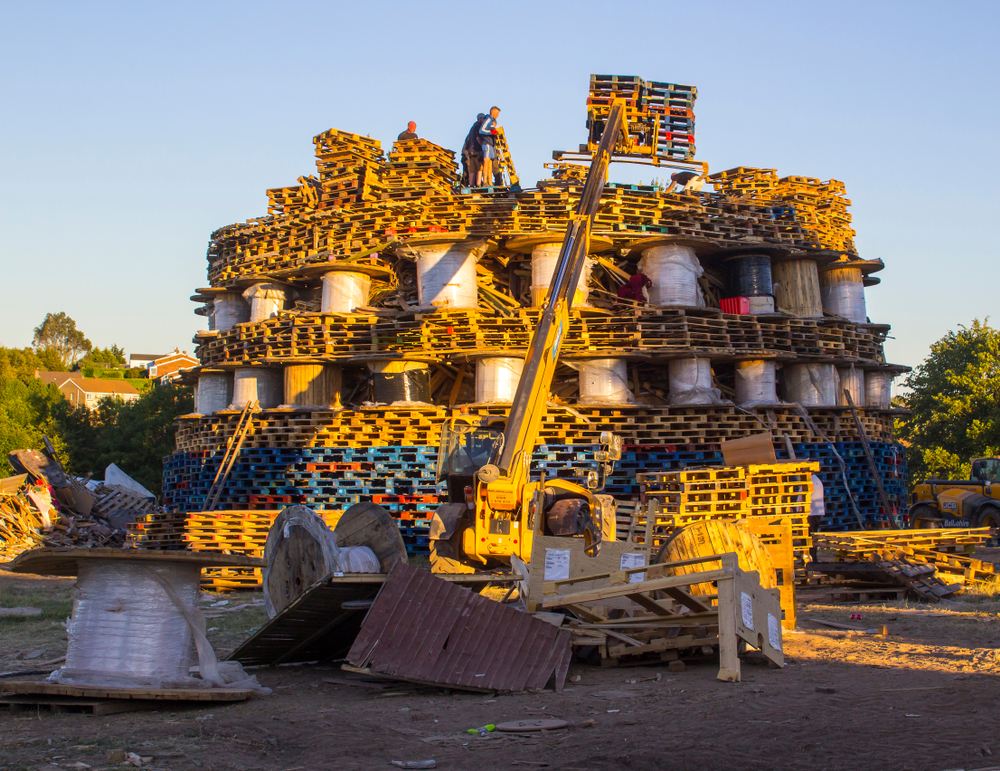 A LOCAL ardent Unionist is revealed to have built such an impressive bonfire that he is just one more pallet away from defeating the scourge that is Catholicism in Northern Ireland and being awarded a Blue Peter badge by the Queen herself.

WWN caught up with an excitable Malcolm Crozier (24) as he put the finishing touches to a large collection of pallets that once lit will pose a genuine threat to the lives of those in nearby houses.

“And then the Queen will hug us and promise to never leave us and then the Fenians will have to be dyed orange from birth. It’s going to be brilliant, and if we’re lucky – free handjobs from the ghost of King William of Orange,” Crozier said barely catching his breath.

It is still not clear how Crozier solved the Catholic issue and why his number of pallets will succeed where previous years’ pallet quota failed.

“I’m just one pallet away from everyone wearing sashes and marching everyday of the year. Oh we’ll feel so triumphant and complete and maybe if we ask nicely Boris will agree to economically eviscerate Ulster with a DUP endorsed hard Brexit,” added Crozier, now just weeping tears of joy at the thought of being held in the arms of Kate Middleton but not Meghan Markle, and being rocked to sleep like a newborn baby.

Quickly grabbing the all important final pallet, Crozier began making his way up the bonfire structure while daydreaming of a Northern Ireland free of people his dad so lovingly told him to hate unconditionally.