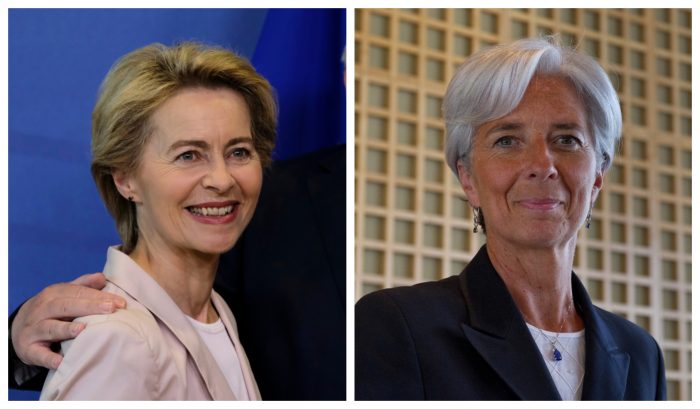 GROUPS of well-meaning men have gathered in comment sections throughout Europe to question the wisdom in nominating and electing yet more women to positions of genuine power as the worrying trend shows no signs of abating.

“Hey, I’m all for electing them to symbolic roles with no power but these ones are serious jobs, and when it comes to the roles of corrupt bureaucrats responsible for slowly eroding away at the public confidence in democratic institutions through acts of gross arrogance and incompetence, do we really think women are capable?” queried one resident of Europe.

With the appointments of the irreproachable Christine Lagarde to head of the European Central Bank and the must-look-her-up-on-Wikipedia Ursula von der Leyen to President of the European Council, women have been elected to these senior EU positions for the first time in a move that has sparked serious concern.

The fear is that the more women occupying important political positions, the less capable they will be at sleep walking into ignoring the looming threats of further wars, the Far Right, Climate Change and how automation and AI will displace millions of people from jobs.

“Look, everyone points to Theresa May and say she proves that women can be just as terrible and damaging in these jobs but that’s just one outlier. To carry on voting women into these positions and expecting similar results is the definition of idiotic and misguided optimism,” shared another EU citizen, who doesn’t think he’s being sexist when he says men make better morally vacuous and malignant influences on society than women.