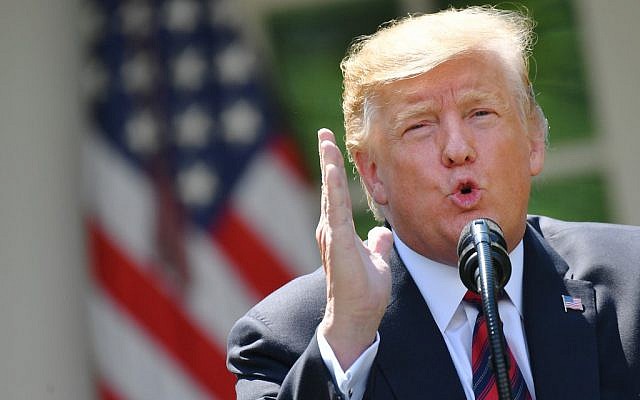 US President Donald Trump has turned the nation’s attention to the middle east once again following a failed coup in Venezuela and a massive war itch to scratch, WWN can confirm.

Issuing a warning from America’s now official announcement platform, Twitter, Trump wrote the following words, all by himself: “If Iran wants to fight, that will be the official end of Iran. Never threaten the United States again”.

“You have to hand it to them, they’re very consistent when it comes to targeting oil rich nations for no reason other than financial gain,” an expert on US foreign policy explained. “Iran seems like a great place to war in, and is conveniently surrounded by US military bases, which makes it handy enough to bomb the shit out of when the time comes”.

Swiftly ignoring Venezuela’s once serious humanitarian crises which up until last month was all the US and UK media could talk about, the socialist South American country has somehow since righted itself following the failed US funded coup.

“It’s a miracle Venezuela is suddenly not the biggest problem right now for the US when it was such a bone of contention a mere few weeks ago,” the expert added, “it’s like the US gave up trying to help the Venezuela people when they realised they couldn’t get at the country’s oil”.