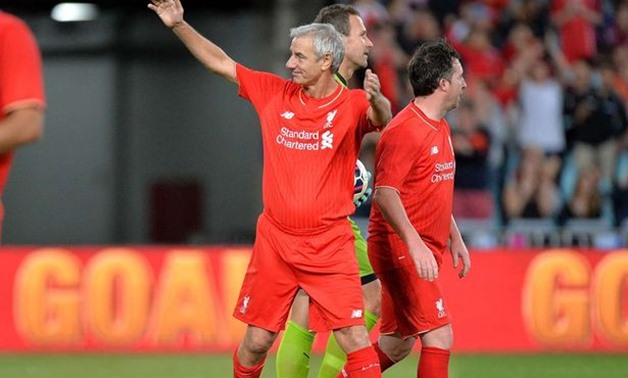 JURGEN KLOPP’S injury ravaged Liverpool side will have a retro look for their second leg Champion’s League tie against Barcelona tonight after the German announced the surprise inclusion of prolific strikers Robbie Fowler and Ian Rush.

Trying to put Vincent Kompany’s 85-yard, 142mph wonder goal against Leicester to the back of their minds, the new look Liverpool side took part in a pre-game tactics session this morning which focused on how to integrate new old recruits Fowler and Rush into their dynamic pressing style and how to order two non-tight fitting jerseys for the pair at short notice.

“No, no, we’re not completely fucked. Almost definitely fucked? Yes. But this isn’t some last ditch throw of a desperate dice, I think Robbie and Ian can still do a job,” Klopp explained at a press conference at which he confirmed their places in a squad that has lost Salah and Firmino to injury.

The return of Fowler and Rush, two of the most deadly strikers to ever pull on the red shirt, now inconveniently well passed their peak, could tip the scales, however unlikely, in the favour of Liverpool.

While Klopp is realistic about his side’s chances of overturning a 3-0 deficit against Barcelona he denied things have gotten so bad that Daniel Sturridge and Divock Origi would be trusted to start together alongside Sadio Mane.

“They’ve been integral to the squad and scored some vital goals, but c’mon, this isn’t some joke, it’s the Champion’s League semi-final,” Klopp added before rattling off some quote about ‘failing beautifully’ that reduced Man United fans to envious tears.