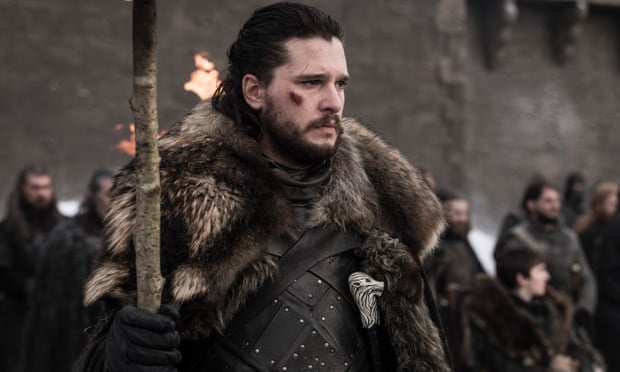 WWN’s official sister site, Game of ThroWWNes, has over 470 hours worth of new videos, quizzes, podcasts, make up tutorials, recipes and articles each day, because if the world’s biggest TV show needs one thing it’s dedicated content and episode recaps from an online Irish publication:

With TV viewers barely recovered from the epic battle of Winterfell, there has barely been enough time to catch up on all the articles in fine publications which carefully gathered up countless tweets from some lad who has 14 followers on Twitter explaining why actually, it was the worst episode of television in history, let alone fully prepare for this week’s installment.

In moving opening scenes the bodies of those who lost their lives fighting the Night King were set ablaze leading to one senior HSE manager watching the show to excitedly ring up Waterford University Hospital and tell them he thinks he has a solution to the scandal of bodies lying decomposing on trolleys in the hospital’s overcrowded and poorly resourced mortuary.

This week’s episode was only 378 minutes long but had a lot of story to get through. In the episode’s most controversial and disturbing scene, Jon Snow donated his direwolf Ghost to the Wildling branch of the SPCA.

“Eh, my job like requires a lot of travel and I don’t really have the time to look after him,” Snow told Thormund, leaving behind a severely mistreated pet who showed signs of neglect, including missing a fucking ear.

Dany watched the raucous post battle celebrations in Winterfell with a weary and paranoid eye, fearful of the respect people feel for Jon.

The celebrations were only a fraction as debaucherous as the sort of celebrations you see when a local GAA team wins the county final.

“We modeled the celebrations on how GAA teams celebrate but had to reduce the level of drinking and dial down the complete disrespect shown to women and the treatment of them as pieces of meat” – confirmed Game of Thrones’ official Session Recreation Expert and Consultant.

Did you spot the coffee cup strategically placed in front of Dany during these scenes and would like to hear more theories about that? Good, some lad called MyKhaleesi98 who lives in his mother’s spare room has a 9 hour video on YouTube and examines it all in excruciatingly mundane detail.

After lengthy discussions with Dany over not revealing his true identity Jon-nice-but-dim asks Sansa and Arya to “promise to never to tell anyone what I’m about to tell you”, completely unaware that this is the exact thing people agree to right before going off and telling absolutely everyone the juicy goss.

The news of Jon being the Nephew King spreads across Westeros quicker than that urban legend that goes around every Irish secondary school about the school prefect/class rep either having a) shit herself at a party, b) having an affair with a teacher or c) having an STD. Sansa tells Tyrion who tells Varys who say “LOL, let’s kill Dany she’s fuckin’ tapped anyway”.

Elsewhere, Brienne joined a long list of women who lost their virginity to someone they thought might be ‘the one’ who then promptly fucked off never to be heard from again.

Just when you were properly settling down into your seat and finally thought there wouldn’t be any big bloodshed Euron shot a great big fucking arrow through the heart of a dragon and Missandei lost her head.

Such was the high drama at the episode’s end, everyone has already forgot about Gendry’s embarrassing proposal fail to Arya that went viral on social media.

“You are my queen. Nothing will change that” – Jon Snow, declaring his love for his missus/aunt in the style of an extremely repressed Irish male; drunkenly at 3am after absolutely tearing into the pints with the lads.

“No, it is not a pleasant sound,” the response of Cersei’s hand, Qyburn, to Tyrion saying “I don’t want to hear the screams of children being burned alive”. This quote would go on to be used to help convict Qyburn at a special sitting of the Hague, where Qyburn was convicted of war crimes and just generally being a super creepy dude.

“These bitches be cray” – a random Westeros local stumbling upon tense negotiations between Cersei and Dany.

“I dunno I think this series is shite to be honest” – the lad who sits next to you in work, who presumably has it in him to write 8 flawless, criticism-proof seasons of the most popular TV show in the world.