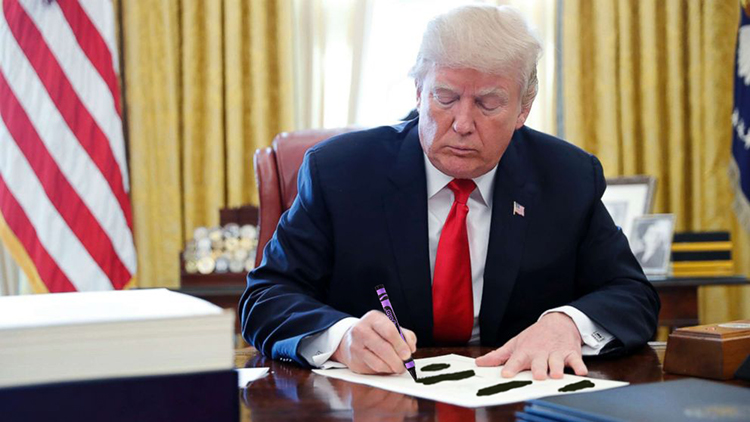 THE IMPENDING publication, by the US Department of Justice, of a redacted version of the Mueller Report has been welcomed by some Democrats, while others have expressed their concern over what exactly is being presented to the American people.

“An advanced copy has been made available to me by the president, but my suspicions of obfuscation remain high,” House Speaker Nancy Pelosi told WWN as she leafed through page after page of the report which was dominated by what looked like hastily added corrections and cover ups done using crayons.

The publication of the redacted report brings the 22-month investigation and a particularly unpalatable time in American politics to a close.

“Now we can move on and focus all our resources on the real enemy of the American people; people who bad mouth the president on Twitter and photoshop him into embarrassing photos,” confirmed US Attorney General William Barr.

Elsewhere, Trump supporters have expressed their anger after completely genuine, undoctored footage of Congresswoman Ilhan Omar flying around on a broomstick began circulating on the Twitter accounts of esteemed news publications such as Obama Is A Muslim Gazette and The Daily Islamophobe.