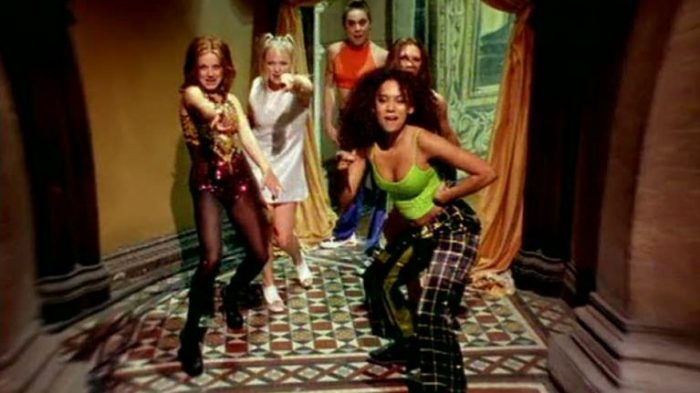 TWENTY three years after the Spice Girls burst into our lives with the smash hit single Wannabe, a sensational new book penned by band member Mel B has revealed the actual meaning behind the lyrics “zig-a-zig-ah”.

Melanie Brown, in no way motivated to stir controversy because she has a book to sell and Spice Girls tour to promote, hinted the phrase was something herself and fellow band member Geri Halliwell came up with one night while experimenting with their lady parts.

During a clip from a recent interview with Britain’s favourite phone-tapping tabloid editor, Piers Morgan, the 43-year-old adult confessed to having lesbian sex with her then bandmate, in the hopes that this kind of thing still makes the news now, much to her publisher’s delight.

“Zig-a-zig-ah was the noise we made when, you know…” Mel B teased reluctant viewers, before then ruining the song further, “If you wanna be my lover, you gotta go down on my friends”.

Following the news, shares in girl power soared by 43% in morning trading, with Google also reporting a spike in search terms from middle aged men looking for an answer to the question: ‘how can women be bisexual if they are now married to a man?’.

Meanwhile the lesbian community has issued an open letter on the PR stunt, stating: “thanks for using our sexuality to get a few column inches in the papers, you absolute fucking dose”.