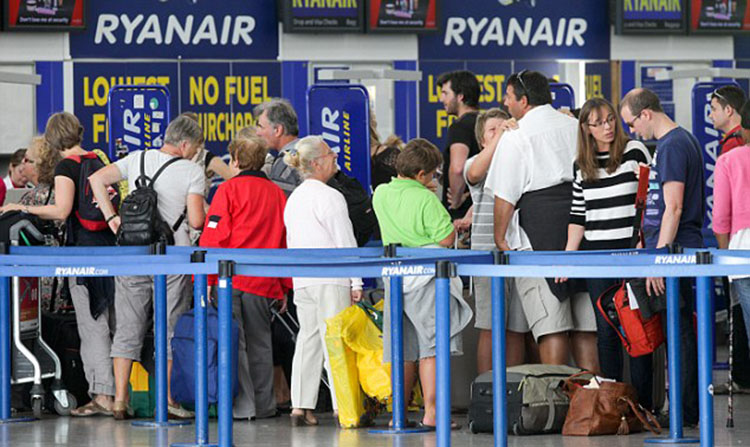 A NEW report into ‘priority’ passengers using budget airlines has found the large majority of them are still queuing like a pack of dopes, despite paying extra for their journeys.

With priority queues now almost double that of non-priority queues, the report found priority passengers are most likely to stand and wait for long periods if they pay for the service, while their counterparts sit patiently and wait for all of them to board.

“Sure, God love them, they’ve been standing there obediently for 40 minutes now,” scoffed non-priority passenger Martin Davis, from the comfort of a seat at gate D7 departing for Rome while citing the airline’s sales pitch to ‘sit down and get comfortable before everyone else boards’.

“Who wants to sit on a plane longer than they should? I usually let everyone get on first and then get up, have a nice little stretch and then board the plane; sure it’s the same fecking seat I’ll be sitting in any way. What’s so priority about it?”

Charging up to 20 euros to queue in a parallel line, budget airline Ryanair has defended the system, stating that priority queues give their customers an air of self importance and fills a psychological gap left there by their dreadful decision to fly with Ryanair.

“I suppose it makes a bad situation better for them,” explained a Ryanair spokesperson, “kinda like when they used to put African Americans to the back of the bus: it made the white people feel better about themselves traveling on public transport”.