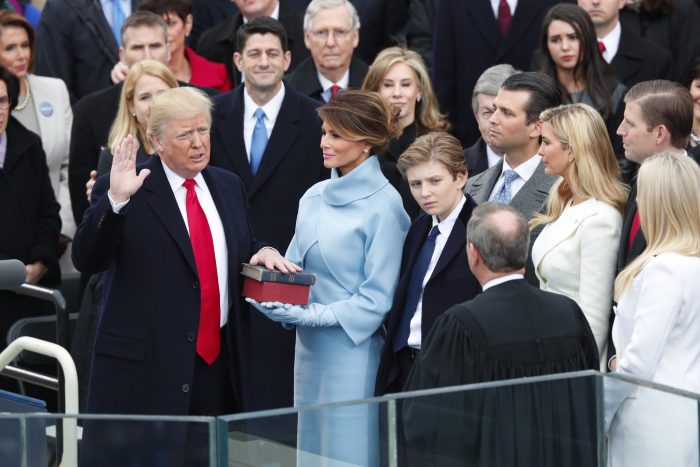 THE American people have come forward after the seemingly inconclusive Mueller Report into interference from the Russian government in the 2016 election to stress that they didn’t need Moscow to tell them that Donald Trump was their man, they’re ‘plenty stupid enough on their own’.

Based on the a summary by Attorney General Bill Barr, the long-awaited Mueller Report seems to stop short of exonerating President Trump, and does ‘not establish that members of the Trump campaign conspired or coordinated with the Russian government in its election interference activities’, hinting that the majority of Americans who voted for Trump did so because ‘grab em by the pussy’ didn’t seem like such a bad thing for a future president to say.

Pressed further, American voters clarified what many political analysts around the world had surmised already; they just really love guns, hate foreigners, are wary of gays and are in complete adoration of a man who they watched week after week on a reality TV show based around finding the smartest dumb person out of a chosen group.

“I don’t need the Russians to tell me that a man who shits in a gold toilet has the best interests of the common man at heart” said one dirt-poor American we spoke too.

“I take a look at Trump, and I see all I need to see; a white man with a nice wife and the kind of life I’d like myself some day, if I work hard enough and these damn Muslims quit stealing my jobs. We heard Trump on the campaign trail, we saw how he treated women and minority folks, and to be honest, we’re fine with it. We really are. You didn’t need Mueller to tell you this; I could have told you from day one”.

Meanwhile the Democrats remain adamant that somebody colluded with somebody, and have launched an investigation into possible collusion between Mueller and Trump, Mueller and the Russians, or indeed Trump with Trump.