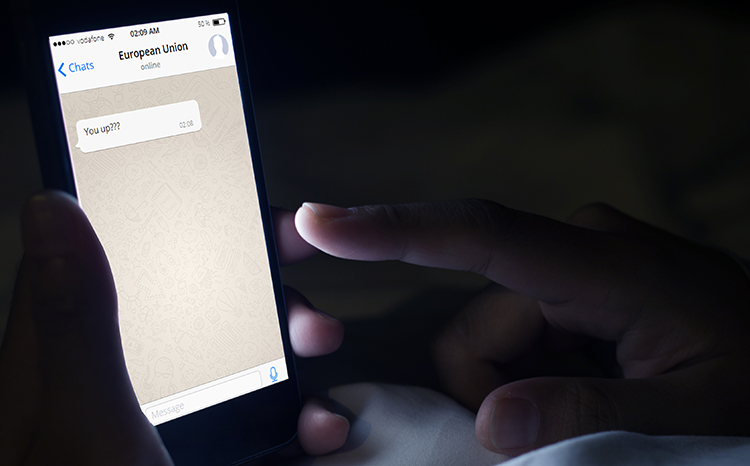 SHORTLY after voting to extend the March 29th deadline for leaving the EU and cracking open a bottle of wine, Britain has texted the EU ‘you up?’ at 2am, WWN can reveal.

While the EU had declared its New Years resolution was to cut toxic people from its life and never again let people who hurt them into its heart again, Britain put those resolutions to the test with a classic text befitting an ex who just loves to play with their former partners’ head.

“Lol, I dunno, I’m just so random sometimes,” Britain declared as it tucked into another glass of red, eagerly waiting an overwhelmingly positive reply from the EU, which hasn’t been sent mixed signals at all after Britain dumped it out of nowhere over 2 years ago.

However, as Britain moved onto its second bottle of wine and began to make even less sense than before, it could clearly see two blue ticks beside the message it sent to the EU.

“Oh forget it babe, only sent it as a joke. Actually you’re pathetic. You know, it’s actually funny that you’d think I’d even be interested in you again. Actually embarrassed for you,” a clearly hurt Britain texted back to the EU.

There was a brief moment of high drama and anticipation when ‘The EU is typing’ could clearly be seen in the Whatsapp conversation between the two formerly loved up entities, but the EU failed to send a text as of the time of this article’s publication.