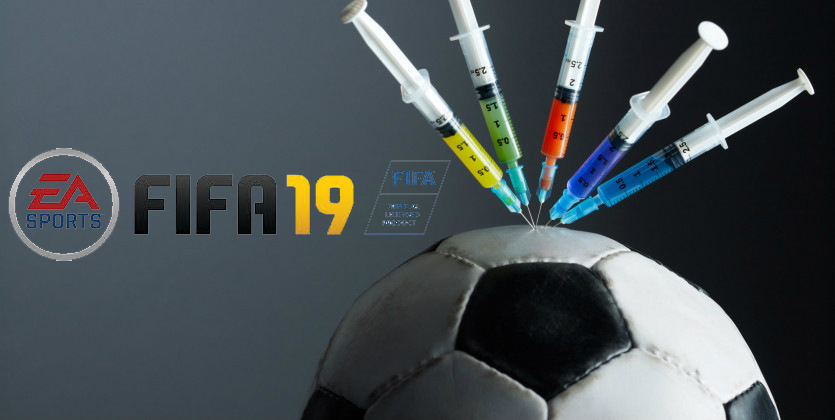 RESPONDING to complaints from avid gamers that the new edition of the popular FIFA football game is not realistic enough, game manufacturer EA Sports have vowed to include realistic updates which allows players to insert more faithful aspects of modern football into online play and career mode.

In ‘doping mode’ players from other teams will regularly be tested but somehow thanks to lax drug testing measures, no one will ever test positive, with one fan hailing the update as “a step in the right direction”.

“I mean, they should also let me source my own performance enhancing drugs in career mode, but I suppose that’s a lot of work to include all those scenarios where managers and team doctors help conceal it all,” confirmed one FIFA fan, Gary Lennon.

Elsewhere in ‘casual racism mode’ gamers playing as players from a variety of different ethic backgrounds can turn on ‘realistic crowd mode’ which will see them subjected to torrents of racially motivated insults and threats. However, this update has proven less popular in early testing.

“This is bullshit, it’s so unrealistic, in the game they actual ban and root out racism,” one disgruntled fan complained.

Finally in corruption mode, players can select to play as a FIFA official who works their way up the organisation, receiving bribes from corporate interests before completing the mode by casting the deciding vote for Elon Musk’s bid to host the 2038 World Cup on Mars.