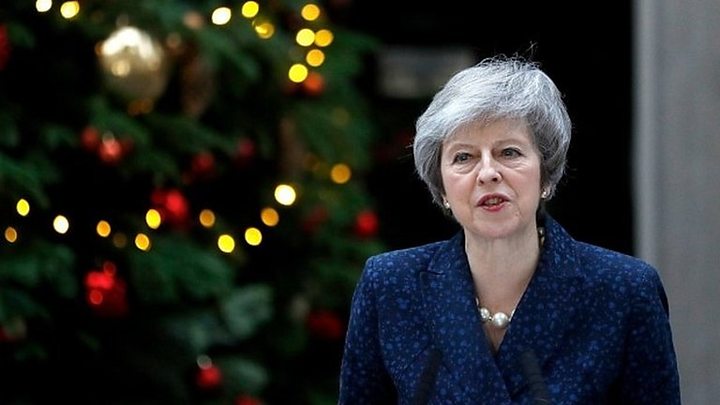 EMBATTLED prime minister of Britain Theresa May has come out fighting following the news she will face a motion of no confidence, after more than 48 members of her own party signed a letter. Delivering a speech for the ages and echoing the derring do ‘spirit of the Blitz’ May declared “we shall fight among ourselves on the beaches like clinically insane cats and dogs until the bitter end”.

May’s steadfast commitment to continue with her party colleagues unnecessarily dragging British people down, due to an idiotic civil war within the Tory party, could see her desperately cling to power until such time she can deliver the least worst but still devastating Brexit people almost certainly didn’t vote for two years ago.

As if magically transported back to the existential times of wartime Britain, a young newspaper boy ran through the streets of London, clutching a social media news feed and crying out “read all out, read all about it, Tories say ‘fuck it, let’s blow the whole fucking place up'”.

Conjuring up the inspirational words only a wartime Conservative leader could, May, despite just being in a monumentally misguided situation she and her brain dead colleagues created, delivered perhaps the most stirring speech of any British leader, ever.

Concluding her mesmeric call for continued idiocy and disunity May boldly and defiantly stated:

“Even though large tracts of Europe and many old and famous States have pointed out we can revoke article 50 and not actually carry out this suicidal shitshow, and that in failing to do so we may fall into the grip of the Blonde-Haired Idiot and all the odious apparatus of ERG rule, we shall not flag or fail.

We shall fight ourselves in the fields of social media and in the streets, we shall fight ourselves in the hills; we shall never surrender to logic, and even if, which I do not for a moment believe, this Island or a large part of it were subjugated and given prosperity in the Customs Union via a backstop, then our austerity Empire within our land and sea borders, armed and guarded by the Universal Social Credit, tax breaks for the rich and food banks, would carry on the pointless arguments, until, in God’s good time, the ERG, with all its power and might, steps forth to the rescue and liberate bendy bananas from the EU.”