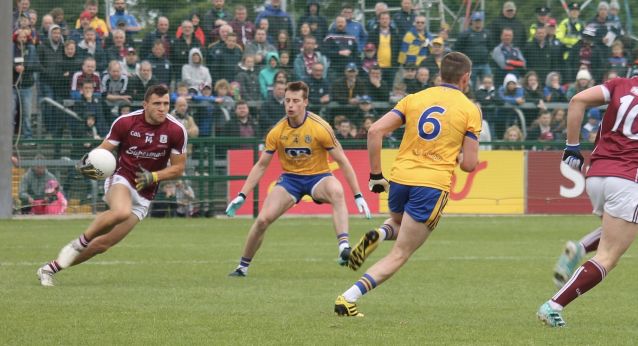 AFTER the GAA’S Standing Committee on the Playing Rules issued a list of proposed experimental rule changes for Gaelic Football in early October, the GAA has revealed 15 new changes after a considerable period of consultation with referees, players and officials.

The SCPR revealed the 15 new rules this morning in a press conference at Croke Park and the following rules have been warmly welcomed by all who love the games dearly and wish to see the level of play improve for fans and players alike. The rules will first be seen in the Allianz League before causing huge controversy and stupid debates by the time the Championship rolls around:

1) The first punch is free. In all future mass brawls at county and inter-county level in all age groups, the first punch thrown by a player, umpire or spectator will be a ‘free punch’ meaning no one can be carded for the offence. Common sense has prevailed on this one.

2) No matter what happens in 2019 Stephen Cluxton will be overlooked for an All Star once again. Citing the enjoyment non-Dublin natives get from the experience of seeing the imperious keeper being omitted time and time again from the All Stars, the practice will be keep up.

3) ‘Hand-pass boredom rule’. A referee may penalise a team when someone in the crowd at a march, who is fed up watching hand pass after hand pass, screams ‘ah for fuck sake what’s this boring shite you’re at’ at the top of their lungs. Initially a three hand pass rule had been considering.

4) Referees will now carry around a Dulux Colour Wheel pallet and award over 400 shades of cards. Expanding on the black card, if an elbow into the head or a boot up the hole is deemed to be not as bad as other offences, referees can consult their colour wheel instead of awarding a red card which would ruin the game for everyone they can award a ‘Rich Red’, ‘Ruby Red’ or similar shades of red which don’t call for a player’s dismissal.

5) The sin bin will be run by a local priest, allowing a player the option to repent their sins during the 10 minutes they are in the bin after a black card offence.

6) A jersey must be fully ripped from the body of an opponent to be deemed a foul. It is no longer a foul if a player’s jersey is only partially torn by an opponent.

7) The words ‘Mayo for Sam’ have been banned for Mayo’s own benefit. The psychological damage each Championship has on the people of Mayo is now too grave to be allowed to go on thus standing idly by as delusional people shout ‘Mayo for Sam’ will no longer be permitted.

8) The Joe Brolly mute button. All games carrying Joe Brolly punditry will automatically come with Brolly muted. If viewers want to listen in to hot takes and controversial opinions they will have to write to RTÉ to formally unmute him.

9) Parent-on-the-sideline-sub. In underage games any parent talking shit and criticising their child will be given the option of replacing them on the field of play for the rest of the game, giving them the opportunity to showcase their own lack of stamina, skill and actual knowledge of how to play the game.

10) New rule changes every 6 weeks. Since there isn’t enough tinkering with the rules at the minute, a motion was passed to allow a constant flow of rules being changed after every 6 weeks.