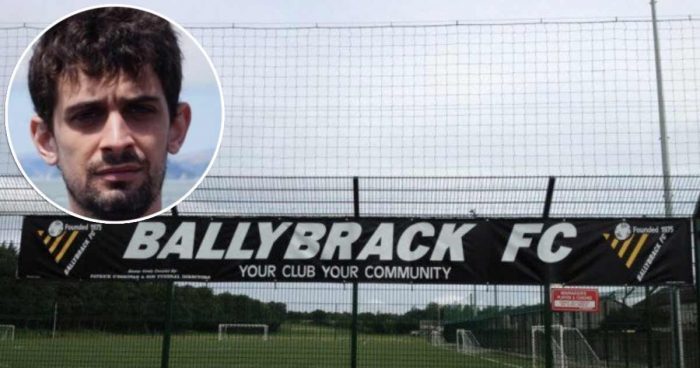 FERNANDO Lafuente Saiz has been placed in protective custody amid fears that the management of Ballybrack FC may attempt to repair their tattered reputation by bumping him off, after fraudulently claiming that the young man was dead earlier this week.

The bizarre story of how Ballybrack FC avoided a match against Arklow by claiming that their player Fernando had been killed in a car crash went viral when it came to light that the young Spaniard was alive and well, causing much bewilderment among sports fans around the world.

Facing stern admonishment from the Leinster Senior League, sources close to Ballybrack FC have leaked that management ‘have a plan’ to avoid punishment, leading to speculation that the only way they’re going to solve this matter is by presenting one dead Fernando on the LSL’s doorstep in the near future.

“We said he was dead, so all we have to do now is make that a reality,” hinted a Ballybrack official, buying flights to Spain and googling where to buy knives in Madrid.

“And then we’re in the clear. Sure, Fernando has been on the radio and TV talking about the incident, but we can pass that off as a devastated relative who lost their mind or something. All I’m saying is, don’t throw away them black armbands yet”.

Meanwhile, Fernando has been urged by Spanish police to stay somewhere nobody will ever see him, with the sideline at a Ballybrack FC home game currently the most obvious option.