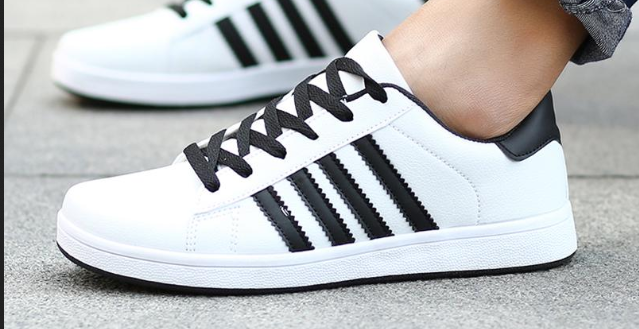 A CRACK TEAM of scientists and fashion experts based at Adidas headquarters in Germany are believed to closer than ever to a breakthrough which allow them to add an unprecedented 4th stripe to their range of clothing and footwear.

Tense experimentation has become commonplace in the Adidas laboratories has the volatile conditions surrounding so-called ‘4th stripe implementation and execution’ has resulted in several explosions, multiple injuries and one death.

“Do you not think that if a 4th stripe was easy, we would have added it years ago. This is cutting edge science of the most dangerous kind,” Dr. Dietmar Mayer roared at WWN in anger as we questioned when the elusive would be ready for the general public to purchase and wear.

Famous for their distinctive 3 striped clothing, Adidas shares the sportswear marketplace with fellow giant Nike but in search of market supremacy and maximising profits those in senior management positions have been pushing for new ways to innovate.

“An extra stripe, means an extra 25% added onto the price of everything, that’s just basic business. And if we get these scientists and sewing machine technicians working 24 hours, around the clock, we could be set to earn billions,” remarked one senior executive who watched on as a volunteer tried on a 4 striped Adidas trainer shortly before it caught fire, sparking a panic and the use of several fire extinguishers.

“We’re so damn close,” he said as his irises turned into literal dollar signs.