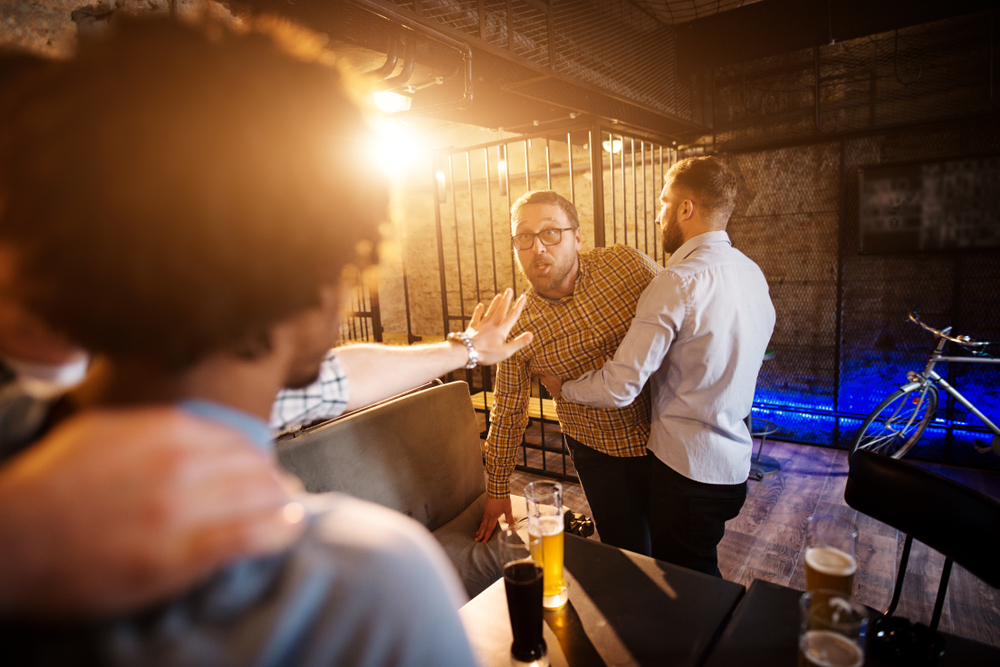 PEOPLE have been expressing their anger online today at a video circulating of a vicious assault which was unduly stopped by a bystander who’s disturbing behaviour included not taking his phone out to film the whole thing.

The video in question depicts, along with a dozen or so other people filming at the same time, an unprovoked assault on an innocent person which could have gone seriously viral, like next-level viral, had it not been for the short-sighted and unhelpful intervention of one man.

“He came out of nowhere, stopped the assailant from stamping on your man’s head, and I just don’t think he realised what he had ruined – I’d just switched my camera from portrait to landscape mode and had a pretty funny filter on it,” one bystander explained, in between sending his video to media outlets.

While it is an admittedly rare occurrence for a video, which has all the makings of a great video you can share around WhatsApp groups, to be unceremoniously cut short by a member of public who clearly let the blood rush to his head it is nevertheless extremely frustrating.

“Like, I don’t even he think he reached for his phone to take a selfie after he pinned the attacker down,” shared another bystander reviewing the footage which now only a had disappointing number of views on Facebook.

“No, look, see here, he like gets very, very aggressive with me. There, listen, he’s aggressively screaming ‘put down the phones and help me, someone call the gardaí and an ambulance for your man, does anyone have medical training? Please, put him in the recovery position’. Like, the tone he took with me was disgusting and you can clearly make out his face so hopefully we can get him fired from wherever he works,” added the viral video filmer, who was visibly shook.

If you know of anyone stepping in to prevent the committing of a crime or similar incidents that have a chance of going viral please report them to the police.