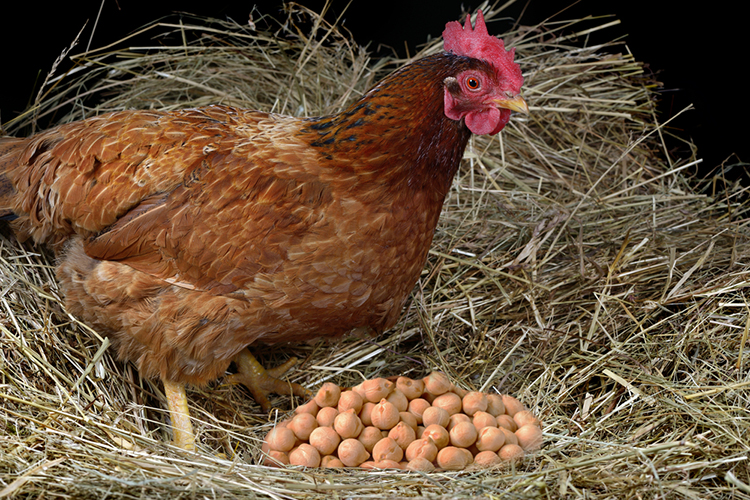 RETAILERS are reporting a large decrease in chickpea stocks around the world as chickens are laying fewer peas, sparking an increase in both demand and the price of chickpeas.

Chickpea or the ‘Egyptian pea’ is a legume of the family Fabaceae and was named so due to the chickens from that area often laying small circular legume in place of eggs due to the hot and humid conditions of the North African country.

The main ingredient in hummus, chickpeas grew in popularity in the West and lead to mass production in America and some parts of Europe, importing Egyptian chickens while recreating the climate conditions they experienced in Africa in large industrial style units known as hummus farms.

“Sadly the chickens over time have become more adapted to the western climate and have gone back to laying traditional eggs – this will have devastating consequences for the global chickpea industry,” explained Californian farmer Harold G. Haymiss.

The consequences may see the disruption of many commonly served salads and other meals in cafes and restaurants frequented by people who take pictures of their meals, and an increase in the number of people experiencing intense hangry episodes upon learning their local shops are sold out of hummus.

“What will vegans stick their celery in now?” asked farmer Haymiss, who will be left with no choice but to discard the chickpea-less chickens, despite the outrage from chickpea-starved consumers.

“We fear riots, we fear the worst. It’s not going to be pretty”.