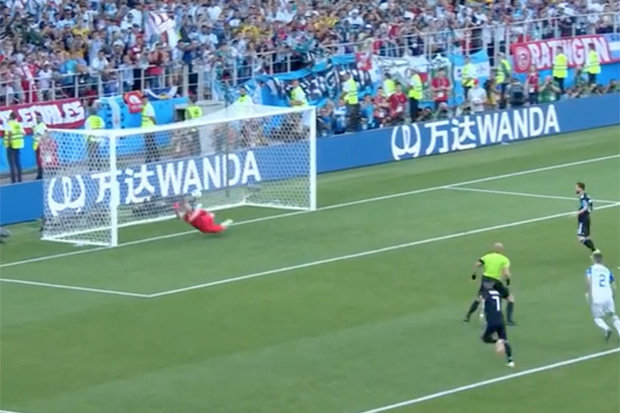 WWN has the latest from the World Cup.

With 4 games on yesterday, many fans have suffered from ‘football exhaustion’, propping their eyeballs open with matchsticks in order to get all the way to the final whistle of Croatia v Nigeria, however, there was little complaining as most fans confirmed ‘gimme 5,6,7,8 games a day, I can take it’.

It was an interesting day for Irish supporters as two of the most obvious contenders for ‘my second team’ for Ireland at the World Cup took to the field in the shape of Australia and Iceland.

Plucky Iceland, one letter shy of being Ireland, took on Argentina, while Australia, where everyone you know emigrated too took on France, who Irish fans are still happy to hate after the Hand of Frog and Euro 2016. The obvious choice after a late crushing winner from France seems to be Australia as such a loss would be ‘classic Ireland’ while not discounting the fact Australians love swearing as much as Irish people.

Many people speculated that after Ronaldo’s heroics against Spain, Lionel Messi would be spurred on to produce his own magically ruthless performance. More knowledgeable football experts however suggested Ronaldo would get inside Messi’s head, and so it proved as the greatest player the game has likely seen produced a penalty worthy of your 5-a-side astro team.

Instant replays of the penalty through VAR actually showed how football scientists shrunk Ronaldo down to microscopic size and inserted him inside Messi’s head in the moments before he struck his peno, putting him off his stride.

Irish fans are to receive extensive counselling and therapy for trauma after some journalists suggested the Peru fans seemed like ‘gas craic’ and could be the fan highlight of the World Cup.

FIFA president Gianni Infantino has put forward new proposals to progress and enhance the game of football. The proposals would see the World Cup grow to 122 teams, taking place every 3 months. Every goal would have a separate ‘official goal celebration brand partner’ and result in €3 billion being deposited into his account for no particular reason.

Over on ITV Roy Keane is said to be having the most enjoyably miserable weeks of his life as he is asked to give his opinion on game after game. “He dunks his head into a bucket of broken glass before we go on air just to the anger flowing,” explained one ITV worker, who had to suspend the ITV broadcast when Keane dropped his trousers live on air and literally shit on Nigeria’s performance in their loss to Croatia.

Today’s action sees Brazil ready to banish the memories of their 7-1 semi-final loss to Germany which the team has said at least 44,568 times this week that they ‘hardly think about’, while World Cup holders Germany take on Mexico, who your mate John has said will beat the Germans ‘4-0’ and despite your warnings has put several thousands on in the bookies.