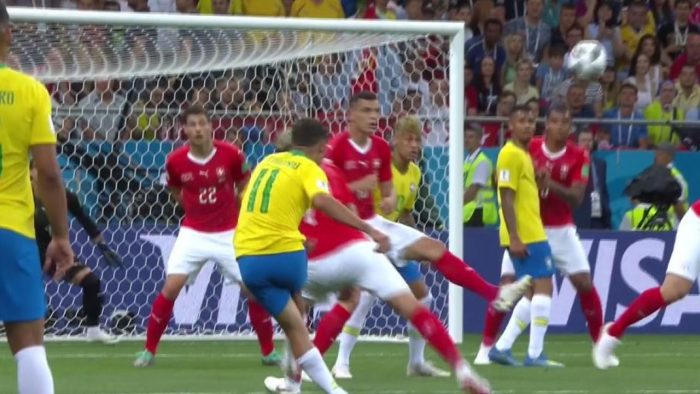 WWN brings you all the latest from the World Cup which will continue for another 3 and a half weeks much to the horror of people who hate football.

Kolarov’s fee kick goal for Serbia against Costa Rica continued a delightful trend in the World Cup so far which has seen fans exclaim ‘shit, did you see that?’ only to be rounded off by Philippe Coutinho’s strike for Brazil later that evening which was greeted by a chorus of ‘fuck, did you see that?’

The Germany v Mexico clash was a thing of beauty and represented everything that is great about World Cup football, over on RTÉ Colm Meaney’s unclaimed lovechild Keith Andrews and Dietmar Hamann certainly agreed, delighting at the pace and ferocity of the first half.

Germany piled on so much pressure on Mexico in the second half WWN could make an amusing comparison to the pressure felt by some nations at the hands of Germany in WWII, but we’re not that kind of publication.

The Germans soon switched to 19 men up front shortly after the 60th minute, and the relentless advances continued but to no avail. The final whistle brought on the kind of wild celebrations from the Mexican fans that really made you wish Ireland weren’t so shit at football.

It is unclear if Germany will be sanctioned by FIFA for subbing on an actual battering ram in an attempt to breach the Mexican defence.

The evening kick off brought out the Brazilians as they faced Switzerland, their samba football enthralled an expectant crowd but they were hampered by the fact Neymar has it written into his contract that he must complete 9 step overs and tricks before passing the ball to someone else.

Neymar, try as he might, couldn’t unlock the Swiss defence after they equalised but he certainly entertained haircut fans who had never seen a pot of Koka noddles emptied out onto a human head like that before.

Still trying to find extra ways to squeeze more profit out of the World Cup FIFA President Gianni Infantino has proposed allocating one space in each starting 11 for rich people to bid on, allowing the successful bidder play for a team in the World Cup with the proceeds from such a bidding process definitely going on investment in grass roots football.

Today’s fixtures see Belgium face Panama and likely murder them, while England take on Tunisia which unlike previous tournaments sadly may not feature a huge and hilarious cock up by our nearest neighbours.