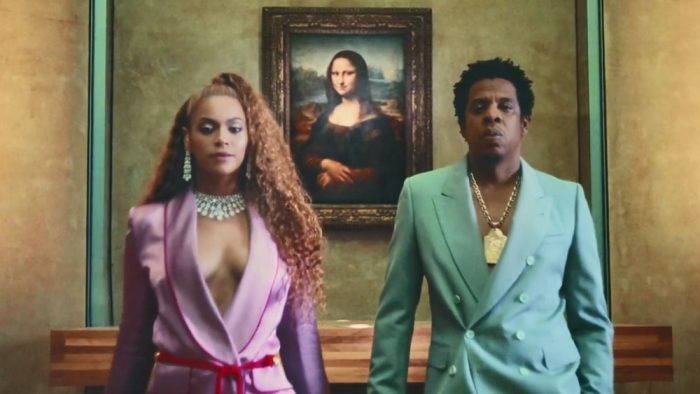 BEYONCÉ and Jay Z dropped a joint album much to the delight of music fans around the world, and we’ve got all you need to know about what is surely going to be the most talked about album of 2018.

Has there ever been such a high profile joint-album from stars as big as this? Read on to learn all about how this album came together:

1) Despite the title ‘Everything is Love’ the couple are in fact incorrect. For example a too soft avocado is not love, finding a hole in one or your socks is not love, Dublin Bus real time information stating your bus is due in 4 minutes but it’s already been 17 minutes is not love. The is not a complete list of the many things which are not love.

2) All vocals were recorded from inside the couple’s bedroom during intercourse.

3) The 14 minute accordion solo on Apeshit was played by Tipperary native Tommy Melligan.

4) Pharell produces two tracks on the album, however, he was unable to produce any other songs on the album after getting into a heated argument with Beyoncé over the correct pronunciation of the word ‘squirrel’.

5) The track Boss was written by the couple from the perspective of a 72-year-old Guatemalan woman who has never seen the colour blue.

6) The video for lead single Apeshit features countless notable art work and art references with the video ending with The Carters gazing at a painting called ‘Lady Smile Or Lady No Smile? We Don’t Know. Lady, Why Your Face So Hard To Read?’ by famous renaissance painter Dave Cribbons.

7) Despite drawing strong early reviews, it’s no Love On Top.

8) Inexplicably 47 hedgehogs have been given writing credits on the album.

9) To get the vocal performance right for LOVEHAPPY Jay Z and Beyoncé wore pairs of oven gloves and pretended they were both named Guinevere.

10) Under no circumstances are you to listen to this album if you are wearing tracksuit bottoms paired with a shirt.