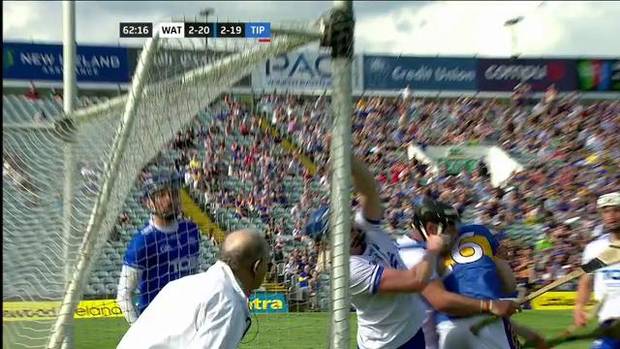 THE GAA has confirmed it is to end its highly controversial practice of only placing the visually impaired in umpire positions in All Ireland Hurling games.

The welcome news comes after blind umpires failed to notice a goal scored by Tipperary against Waterford in Sunday’s Munster Championship clash was not in fact a goal, as the sliotar did not cross the goal line, which is what is required for a goal to actually become a goal, in case you weren’t aware.

Blind umpires have been in place during All Ireland games since the dawn of time but the GAA have finally expressed their doubts over whether or not they and referees should considered discontinuing the practice of calling upon people who clearly cannot see.

“You know, now that you say it, being able to see might actually be a key attribute needed when it comes to being able to ascertain if a ball crossed a goal line or not. We’ll set up a committee to look into this at minor club level sometime in 2020 and report back with our findings in late 2022, and then launch a county-wide report after that,” the GAA confirmed, to the relief of everyone outraged by what transpired at the Gaelic Grounds.

Waterford supporters have been urged by some people within GAA circles to ‘get over it’, something the Deise faithful have responded to in a calm and reasoned way.

“Jesus Christ, that’s a horrible thing to say after what’s happened. Would ye say that to… to… some black lad in America about slavery? Get over it? Listen boi, we haven’t got under it, never mind over it. What a disgusting suggestion that is, to just… move on, disgusting,” irate Waterford man Terry Hinley said. He went on to say other things such was his passion, but we have a maximum word count and a limit to the number of swear words that can appear in each article.