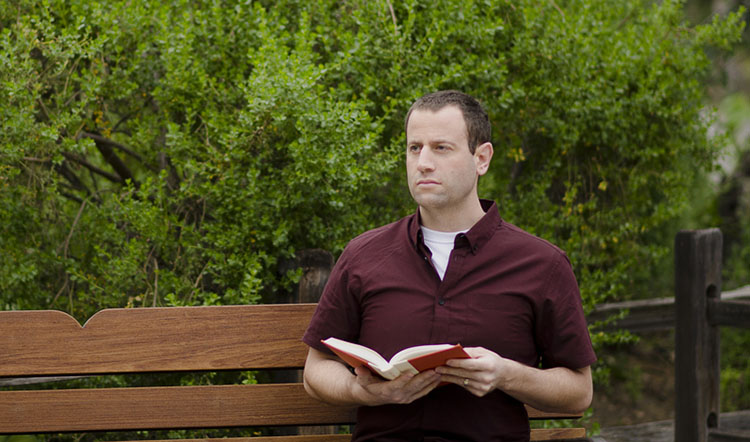 DESPITE getting three pages in, Waterford man Patrick Lyons was forced to restart the chapter in his latest book reading endeavour after his mind just wandered off of its own accord, WWN can confirm.

Rereading the words he had already apparently read, but somehow failed to process, the 34-year-old restarted chapter 4 in another attempt, this time vowing to concentrate solely on the book’s content.

“How did I continue physically reading the pages and yet still manage to veer off in a daydream,” Lyons asked himself, unaware he was now doing the exact same thing again. “My finger seems to be scrolling through the text and turning the pages, but I’m off in my own little world thinking about stupid things and not soaking any of the material in?

“Ah fuck! I’m after doing it again!” he realised, now starting chapter four for the second time in ten minutes, “argh, stop it! Stop it!”

“Maybe I’m some kind of prodigy that can read and think about something totally different at the same time,” he then posed, before coming to the conclusion that he literally has no idea what he just read.

“I just want to read my book in peace with no distractions,” he shouted at his mind in the hope that some part of it listens to his request.

“Shit, maybe I’ve undiagnosed ADHD!” he then concluded, before throwing his book into the nearest bin.