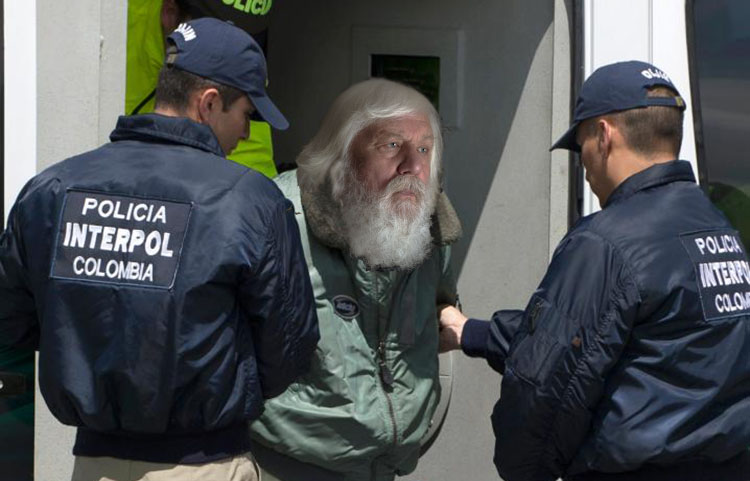 Over 8,000 police officers from 114 countries worked tirelessly for the past 70 years building a case against the so-called creator of the universe, who is estimated to owe a sum of 400 trillion dollars in unpaid income taxes, spanning back tens of thousands of years.

A small team of Interpol agents swooped on God’s lavish kingdom located in South America at 5 am this morning, where a search and arrest warrant was presented to the 5 billion-year-old, with billions of euros of international assets seized, including property, sports cars, race horses and vast collection of expensive jewelry.

“God was very compliant and didn’t resist the arrest when charged,” an Interpol statement read, “he understands the charges and his only comment was ‘why did it take you idiots so long?'”

God was immediately transported to a local airport where he was flown to an undisclosed location in Europe, where he will be held in custody until his hearing in May.

“Due to the extensive nature of the case, and the sheer amount of material, this trial could go on for a number of years,” a law expert explained, “our only problem is finding a jury of his peers”.

Following his arrest, the world’s religious sects have been advised to cease accepting all payments and donations from worshippers until further notice.