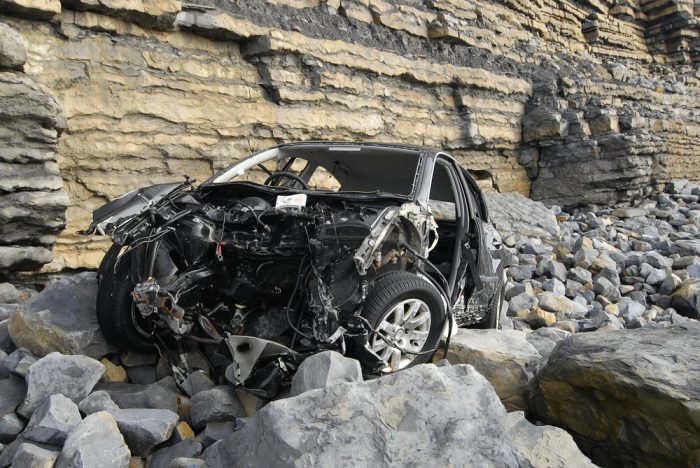 THE motoring world is today paying its respects to a Olta Suspiria self-driving car that drove itself off a cliff in Germany, having become withdrawn and depressed in recent weeks as it struggled to reach the expectations heaped upon it.

The vehicle, described by many as a revolutionary leap forward in the field of autonomous driving, was found at the bottom of a 100ft cliff in the Bavarian Alps, after straying from a test track over 200 miles away.

With the world patiently waiting on an automated car that will allow them to get from A to B without any effort or responsibility, the Suspiria’s remarkable AI technology appears to have come to the conclusion that nothing it ever does will meet the expectations of motorists, and decided that its only course of action was to end it all.

“It is with great sadness that we announce the Suspiria just couldn’t see the light at the end of the tunnel,” said a spokesperson for Olta, whose stock plummeted following the high-profile incident.

“It couldn’t see the light because there was a fault in its automatic light-sensors, which we were going to fix along with 9,000 other bugs. I guess the car just didn’t want to have to go through all that, while knowing all along that the expectations of what driverless cars will be like are never going to be met, and that humans will always strive to place blame on machines instead of accepting that vehicular automation is, deep down, a really stupid idea”.

If you know a self-driving car that is struggling with its existence at the moment, please remove its tyres and leave it up on blocks.