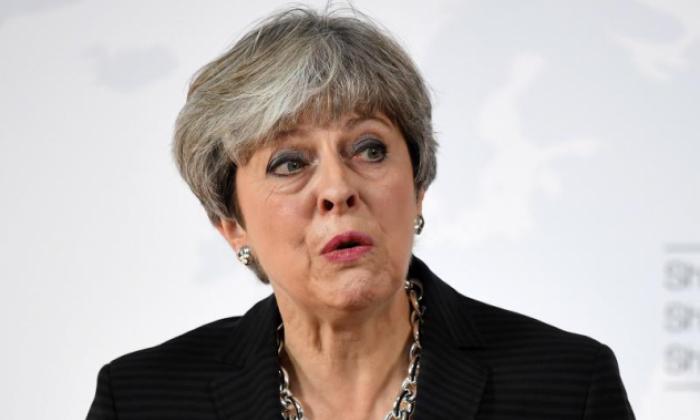 BRITISH PM Theresa May is estimated to be just 49 highly anticipated speeches on her Brexit strategy away from having an actual Brexit plan, if experts are to be believed.

“A speech about having a plan which doesn’t contain an iota of an actual plan is just one triumphant stepping stone on the way to endless economic prosperity punctured only slightly by Britain’s poor people getting majorly fucked over again,” shared one pro-empty speeches about nothing advocate, Harley Crumley, as May failed to deliver convincing answers on the Irish border, and 402 other things pertaining to Brexit.

PM May had been expected to deliver her decisive speech last week, littering it with fact-checked planning and strategy, however, seconds into a mumbling address which said nothing new, experts were forced to estimate the British public were another 49 of these excruciatingly embarrassing debacles away from learning anything new.

“People could well criticise the PM, but come on, 18 months after the referendum result, isn’t it asking a lot for her to be more than 49 speeches away from having a clue as to what she and her government are going to do?” shared an expert in trying the same thing over and over again and expecting different results.

The recent news will surely spark tremendous celebrations amongst the British public, who will now be looking forward to watching another 49 much publicised speeches which are billed as containing concrete plans and strategies only to discover they are filled with recycled buzzwords and a failure to understand the Customs Union, international trade deals, Northern Ireland’s border with Ireland, the EU and the Single Market.

“Some people say they find it torturous – listening to these pathetic public utterances, but honestly, after gouging out my own eyes, and deafening myself with a drill, I barely get worked up about it anymore,” one member of the British public shared with WWN.

May’s 49th and final speech on her plan regarding Britain’s exit from the EU is due to be televised some time in 2039.