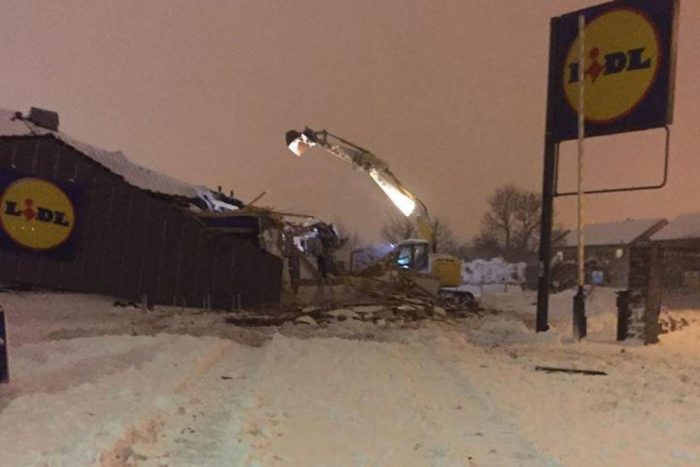 IT has been revealed that the nine men accused of destroying a branch of Lidl during Storm Emma have been granted bail at a significantly lower price than if they had targeted another supermarket, thanks to Lidl’s consistently lower prices when compared to competing stores.

Social media lit up at the weekend as the brazen ram-raid of the vital community service played out in real time, after local criminals discovered that the combination of reduced Garda response time and the possibility of stealing a large amount of money was the perfect excuse for making dozens of their neighbours unemployed.

Lidl’s range of low-cost quality goods combined with their efficient shopping experience ensured the nine men, who cannot be called scumbags for sensitivity reasons, should receive suspended sentences quicker than the Irish judicial system normally hands them out.

“If they’d robbed a Tesco, they’d be fucked,” said a source close to the Central Criminal Court.

“Super Valu, Dunnes, any of those over-priced places. But no, they were bored so they destroyed their local Lidl. I must admit, I was bored myself at the weekend too. But rather than turn to crime, I built a snowman and watched all the Harry Potters”.

Lidl has declared that they will be back as soon as possible to serve the good people of the community, with a very cheap JCB waiting in the middle aisle for one lucky customer.