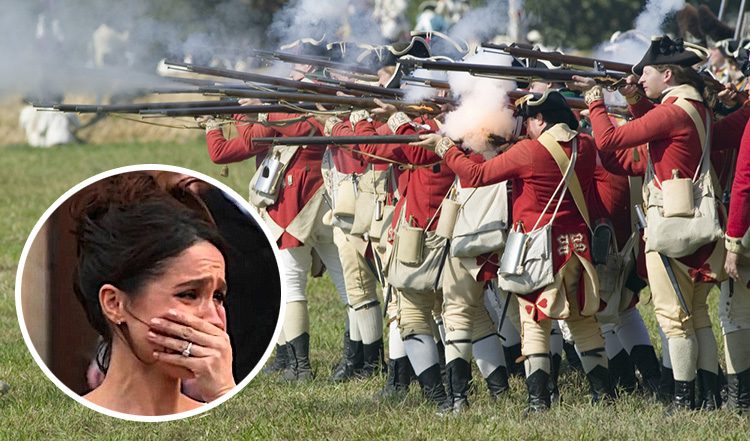 SHUDDERING with every gunshot from the Royal guard’s 19th century muskets, soon-to-be princess Meghan Markle watched on as lead pummeled through the bodies of her once immediate family, gasping at every blood curdling thud.

“Please don’t be worried, sweetie, we’re doing this for you,” father Tom smiles, his water-filled eyes winsing as his guard took aim, “best not watch now, go on, we all love…”

Under her majesty’s instruction, at 4:35pm Wednesday the 21st of February 2018, the Markle family in all its entirety were executed in front of a small crowd on the Royal’s Windsor estate, in an age-old tradition spanning back centuries, stipulating that commoners marrying into the monarch must do so “unattached”, promising to sacrifice everything they hold dearest in a sign of “unrivalled commitment”.

“She’s a bit weepy now, but that’s to be expected,” husband-to-be Prince Harry timidly whispered to the world’s press  just minutes after leaving the private event, “they put up a brave face right until the end, and their spirit has to be commemorated for that. Their unconditional love for Meghan was heartwarming, and I will never forget all she gave up for me.

“One can only look forward now and justify their passing with a fulfilling future, forever together, till death do us part”.

The Markle family are the 17th such commoners annihilated since 1796, with many left-wing critics now calling the ritual ‘cruel’, and ‘unnecessary’.

“This is an absolute waste of life,” one tree-hugger mocked, probably high on cannabis, “why did they have to kill them like that? Jesus Christ, this is just sick! What is wrong with you people?”

Ms. Markle, the now last remaining member of her own family, will marry Prince Harry in May this year.