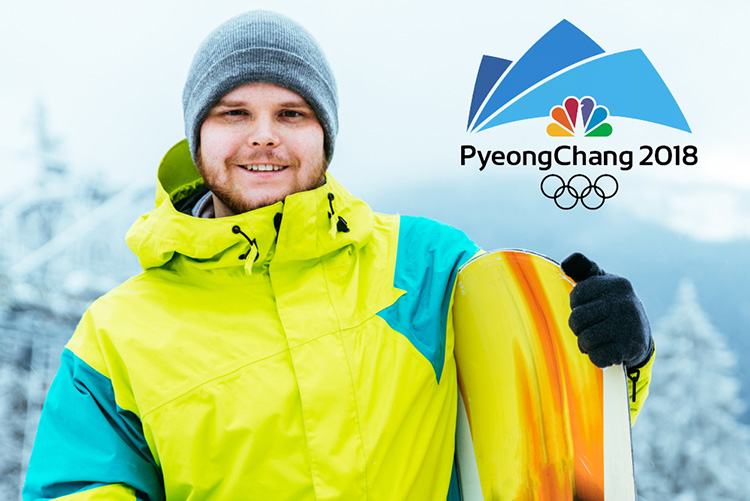 WITH nothing going for him except a lifestyle that allowed him to train in an elitist sport for as long as he wanted, and millions of dollars of his parent’s money, US snowboarder Chad Chadle has fulfilled his year-long dream of scooping 750m freestyle snowboarding gold in the 2018 Winter Olympics.

Chadle, who was born with a rare birth condition called Richparentitis, became an adept snowboarder during grueling three-week vacations with his family in some of America’s most exclusive ski resorts throughout his entire childhood.

This all changed last year when Chadle graduated high school without any aptitude or interest in either third level education or actual work, opting instead to concentrate on becoming the best snowboarder he could afford to be, and with millions of dollars of training and equipment provided by parents Lou and Louanne, the 19-year-old finally claimed the prize he had been dreaming about for almost a few months.

“There was a time in my life when I thought I could just stay at home and spend my parent’s money, but they wanted me to go out and actually do something,” said an emotionless Chad Chadle, posting a shot of his Olympic Gold medal beside a stack of 100 dollar bills on the hood of his sports car to Instagram in a bid to increase jealousy among those that he considers to be ‘haters’.

“Luckily for me, I was pretty good at a niche, elitist sport, and had the time and the money to pursue my goals. Now that I’ve scooped an Olympic gold in whatever the fuck you call this country, I’m going to head back to the USA and see if I can sell my inspiring, riches-to-riches story to a movie company or something. Now get the fuck out of my way”.

Chadle’s glory has inspired children across America to dream of one day becoming Olympic snowboarders, however Chadle has described this as ‘impossible’ as most of them are ‘broke as fuck and ugly too’.