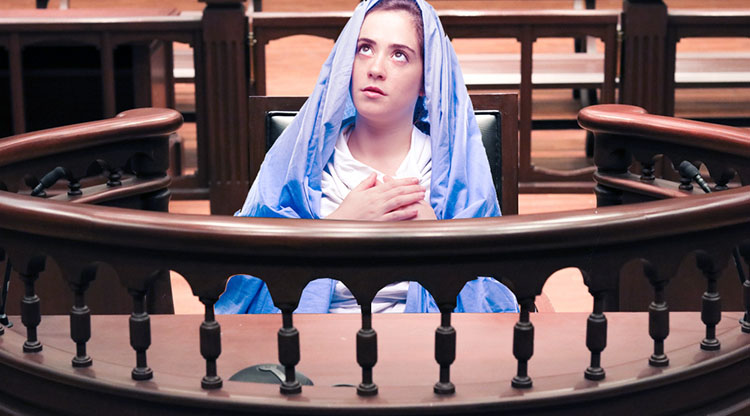 THE religious community has been shocked by the news that Mary, mother to Jesus Christ, is to take God to court over unpaid child maintenance payments dating back thousands of years.

Described as an ‘absentee father’ in court documents seen by WWN, the deity could be in line to pay child support costs running into the millions when interest is added.

“Technically God has billions of children, so I think this legal action opens our client up to financial ruin if the courts rule in the favour someone we can only describe as a disgruntled and scorned woman,” a solicitor acting on behalf of God told reporters outside a court earlier today.

While God would only be liable to pay for 18 years of child support, it appears He is reluctant to do so.

“My client’s work means he isn’t even on the planet and he’s expected to abide by the ruling of a court here on Earth? And where is Joseph’s part in all this,” the solicitor added amidst a flurry of questions from the press pack.

Legal scholars have speculated that Mary’s case will centre around whether or not she registered God as the father of the child at the time of the birth.

“She’s only after a free house off the council,” explained one Catholic man on a right wing forum, who admitted to being conflicted and confused by the case.