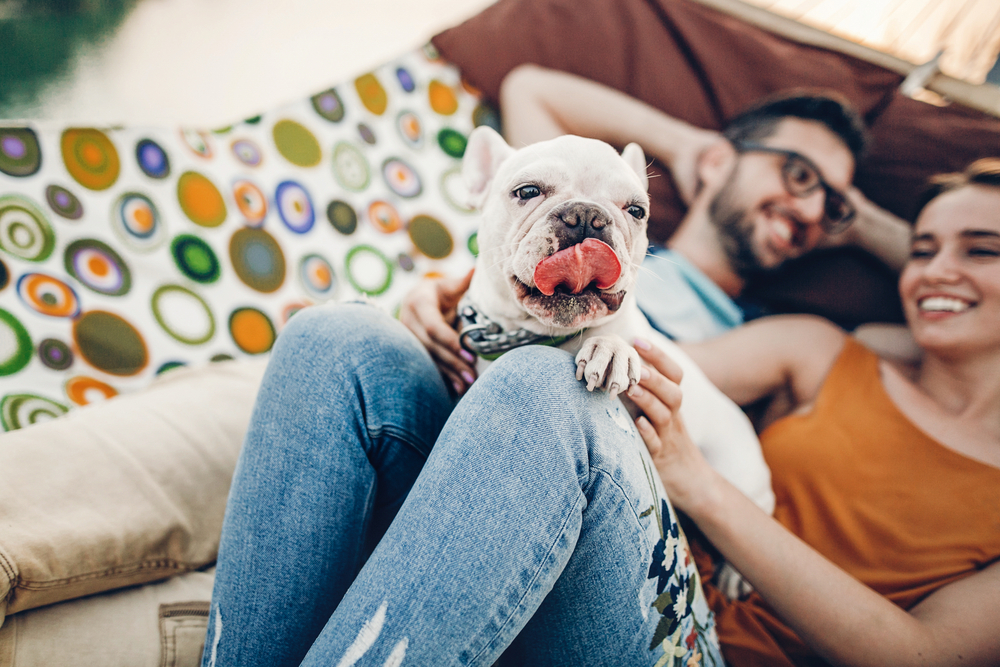 A LOCAL WATERFORD couple have taken the mature step of placing a 6-week-old French Bulldog in their care in a bid to gauge if they will be one day able to look after a human child, WWN can reveal.

Although Richie Plunkett and Orna O’Brien have not expressed the importance the new puppy Baxter will play in future human baby having plans, both members of the couple know this could be make or break.

“I wouldn’t call Richie a complete fecking eejit, but he has his moments, so if we get Baxter through his first year without any big incidents, like leaving him behind at the beach, then maybe we can do this with a baby too,” Orna confirmed to WWN out of earshot of her boyfriend of 5 years.

Baxter has so far spent 3 nights in the care of the Tramore based couple, with early signs indicating he is still alive, which bodes well for the possibility of trying out parenthood for real.

“He’s shitting everywhere like, but if it was a mini Orna and Richie I dunno man,” a visibly stressed out looking Richie confided in WWN, before adding he’s not sure if he just wants kids because that’s what everyone he knows is doing these days.

It is believed Baxter is entirely unaware he is a trial run for the couple’s parenthood, and WWN can confirm for the first time that the puppy has not been informed about the grisly demise of the couple’s 2 goldfish last year, who went unfed for three days when the couple spent the weekend at Electric Picnic.