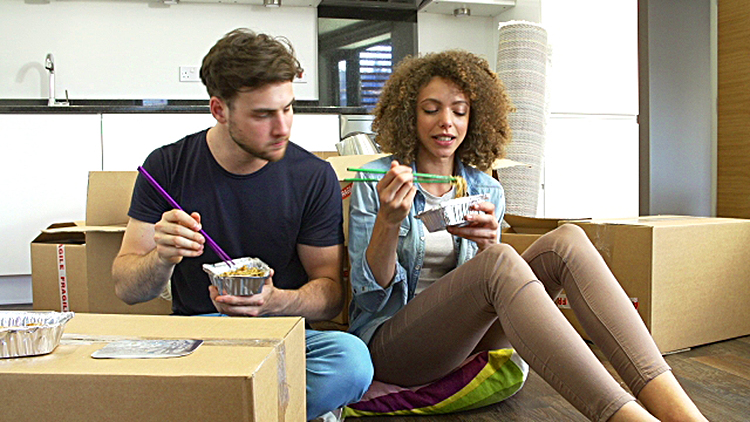 IN breaking news, a Waterford woman has claimed that the amount of food contained in one takeaway meal would be more than sufficient to feed both her and her boyfriend, cutting down on food wastage, costs, and her boyfriend’s ability to choose his own dinner in future.

“I’m stuffed, and I still have all this rice and sauce left,” stated Jeanette Hargreave, pointing to the half-plate of chicken in black bean sauce with boiled rice in front of her, as she and her boyfriend Mike Drellon eased into a night of scrolling through the Netflix menu looking for something to watch.

“Next time we’re ordering, we should just get one meal, it’s more than enough to feed the both of us,” she continued, as Drellon, not a fan of black bean sauce, polished off the last of his honey shredded beef and noodles.

The shock announcement, which Ms. Hargreave makes every single time a takeaway arrives to the house, sent fear and worry into Mr. Drellon, who could honestly go for a few spring rolls right now.

“She gets the same thing every week, picks at a bit of it, leaves half of it behind and then suggests we share from now on,” Drellon confided in WWN.

“Yeah alright love, I’ll share a meal with you. The minute Sun House start to do a chicken and black bean sauce with boiled rice, honey shredded beef with noodles, in a six-in-one long tray; big bastard of a thing.

“I’ll split it right down the fucking middle,” he concluded.