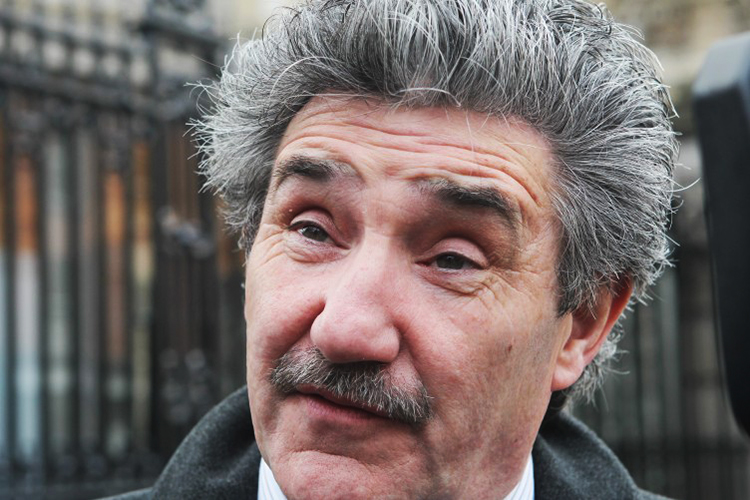 INDEPENDENT Alliance minister John Halligan has renewed calls for himself and four other TDs to visit North Korea on a peace mission, stating he “could do with the break from Irish politics right now”.

The Minister of State’s request comes after recent revelations unearthed an inappropriate interview in which Mr. Halligan asked a female civil servant with 23 years experience about her marital and family status during a job interview. The incident later resulted in €7,500 being awarded to the woman by the Workplace Relations Commission.

“I’ve everything packed, so I’m ready to go whenever they give me the nod,” Halligan told WWN earlier, wiping white blaa flour from his thick moustache, “and if it’s the expense everyone is worrying about, it’s coming out of my own pocket, and I don’t mind taking the slow boat over. Longer I’m away the better maybe”.

The self-confessed Groucho Marx fan insisted that although the question he asked was inappropriate, he did not mean to offend the woman in question, later confirming that it was “an innocent mistake”.

“It will just be nice to get away and not have to worry about offending any feminists over there since they’re all in prison,” he added, “hopefully myself and the lads can save the world from certain doom and all the women back home will love me again.

“You know, some women say I look like Magnum PI”.

It is understood other members of the Alliance were not informed of Mr. Halligans case before he suggested the North Korean peace keeping mission.

“I knew there was something odd going on when John suddenly came up with the idea,” said an unnamed source in the Independent Alliance, who is definitely not Sean Canney TD, “Shane Ross was also eager to go, after hearing about the rail strike.

“We actually don’t mind if they go… just as long as it’s a one-way ticket”.