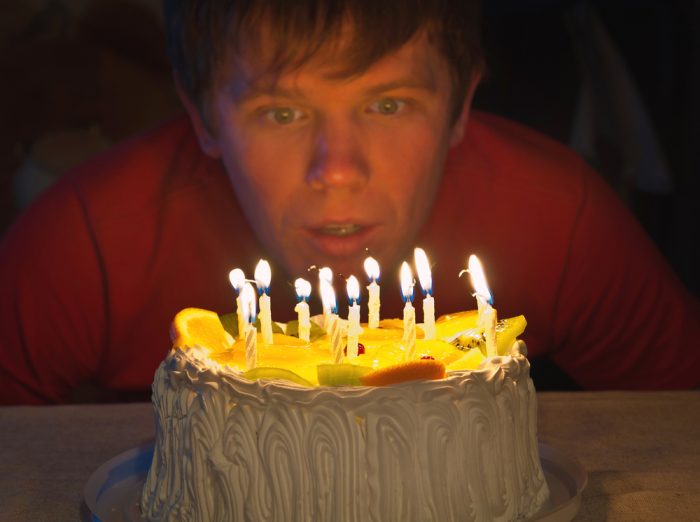 LOCAL toe-rag Mark Milligan was left red-faced this morning after leaving his weekly court appearance, after gardaí surprised him with a cake and a sing-song to celebrate his 100th conviction.

Milligan, who was in court on charges of aggravated assault and burglary, had completely forgotten that his centenary was coming up, and stood there laughing and blushing as a chorus of cops posed for selfies with him.

“Oh, you bastards,” giggled the career criminal, blowing out the candles on his conviction cake.

“Who told you? Was it you, Sergeant Malone? And who else is here.. is that McDonald over there! Get over here you! I remember when you lifted me for my very first conviction, robbing cars while of my face at 19. Years don’t be long going around, do they?”

Waterford native Milligan then went on to open a card from the local judges and guards, who praised him for racking up so many convictions without having to do any significant jail time, or pay any substantial fine or debt to society.

“Stay out of trouble LOL,” wrote one guard on the card, which contained a whip-around of €165, which was a little shy of the 157.39 that Milligan had robbed from a pensioner earlier in the year.

With his centenary celebrations in full swing, Milligan has vowed to keep up his good work and be an inspiration to anyone who might think that a criminal conviction means any sort of punishment.