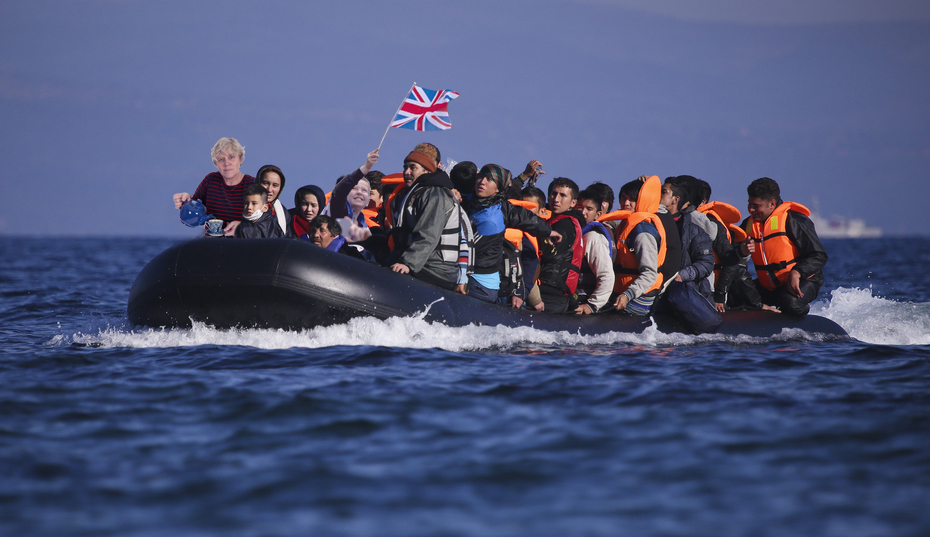 THE IRISH coast guard has today issued a nationwide warning for the East Coast as hundreds of thousands of British refugees risk their lives to cross the Irish sea in an attempt to flee the impoverished and unstable nation.

Dinghies overflowing with desperate migrants are so far half way through their journey, many with women and children aboard, wishing to make a new start on the Emerald Isle.

“We have rescued hundreds of people from crafts due to overcrowding,” winchman Derek Ryan of Rescue 117 told WWN today. “It’s a terrible situation as many of these people are only hoping for a better quality of life in the EU”.

Taoiseach Enda Kenny has called an emergency meeting in the Dáil this afternoon to help find a solution to the influx of British refugees.

It is expected many of those landing on the Irish coast will have to be quarantined, as they are not a part of the European Union.

“Emergency prefabs will be erected to help cope and house these poor unfortunate people,” Mr. Kenny stated. “I urge everyone to do what they can to help support the migrants in any way, whether that be waiting with hots cups of tea on the shoreline, to giving them fresh clothes to wear”.

An estimated 450,000 people have already fled the UK mainland to neighbouring EU countries.