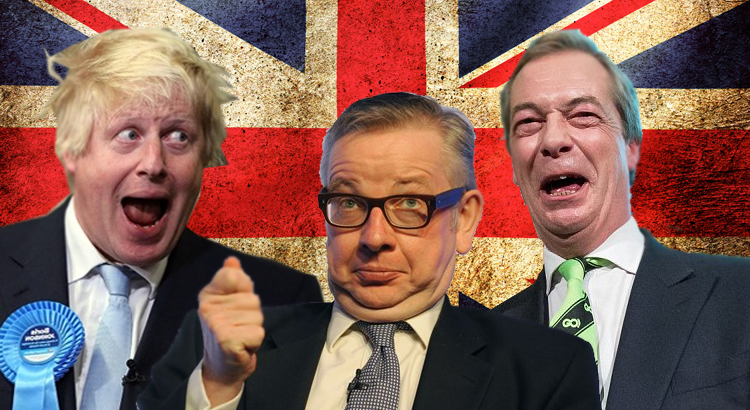 BRITAIN is making headlines around the world today after over 17 million gobshites did something rather stupid, WWN can reveal.

Exit polling company YouGov confirmed that the biggest winners of the referendum, which saw Britain vote to leave the EU, turned out to be ignorance, casual racism and Nigel Farage’s erection.

Many voters were swayed by the fact that a Leave vote would supposedly bring day-to-day decision making powers back into the hands of elected members of British parliament, and out of the grasps of the unelected bureaucrats in the EU.

However, thanks to a successful Leave campaign, an unelected replacement for David Cameron will first have to be chosen and then verified by the unelected Queen before Britain get to the business of regaining the £150 billion wiped off their economy since trading opened this morning.

Leave campaigner and avid bastard Nigel Farage confirmed that any financial hardship people could face in the years to come will be mitigated by the fact dirty foreigners won’t be flooding into Britain and contributing positively to society and the economy.

On the recommendation of Donald Trump, among others, 52% of those who turned out to vote ignored an overwhelming number of experts to utilise their right to vote in a fit of misguided jingoistic silliness. While many people had legitimate concerns with Britain’s place within the EU and the overall benefit of remaining a member, the vast majority of those voting had a deep seethed desire to just see how ‘fucked up things could get’.

“Fuckin’ gobshites,” the majority of Europe confirmed upon waking up to the news that Britain had voted to exit the EU.

In his resignation speech a surprised David Cameron confirmed “I will resign, but if I’m being honest, I thought if anything was going to bring me down it was going to be that whole dead pig fucking thing”.