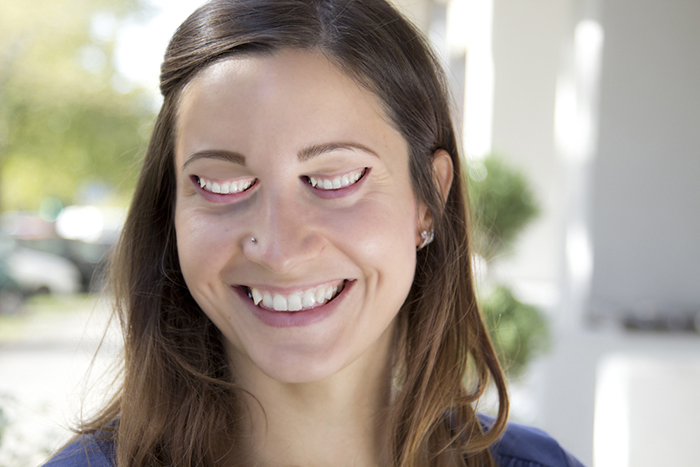 OBSESSED with Snapchat filters? Not as much as one Florida woman, who just dropped 90k on cosmetic surgery to make her look like she’s got mouths where her eyes are at all times.

Snapchat devotee Tammara Kingsly, 23, became the first person in the world to undergo the radical mouth-eye surgery, in a 39-hour procedure that has left her looking hilarious, albeit with severely impaired sight.

Kingsly, who has spent every waking moment since the surgery taking selfie movies of herself, says she got the idea for the drastic procedure after seeing how funny she looked when applying the Snapchat ‘mouths for eyes’ filter.

Delighted with the attention she received after posting a video of herself on the popular social media app, Kingsly decided that she would like that same reaction from people at all time, and set about planning the cosmetic surgeries.

“Snapchat filters are the most hilarious things of all time. Everyone loves them,” said Tammara, simultaneously out of her three mouths.

“So I just decided that I wanted to look like this, all the time. Everywhere I go, I just get so much attention from people. Some girls just post selfies of themselves wearing low-cut clothing; that’s nothing special. You have to do something to stand out in the crowd if you want to make it as an online legend”.

Not content with her looks at the moment, Kingsly is planning more surgeries, including a gastric operation that will allow her to vomit endless rainbows on command.