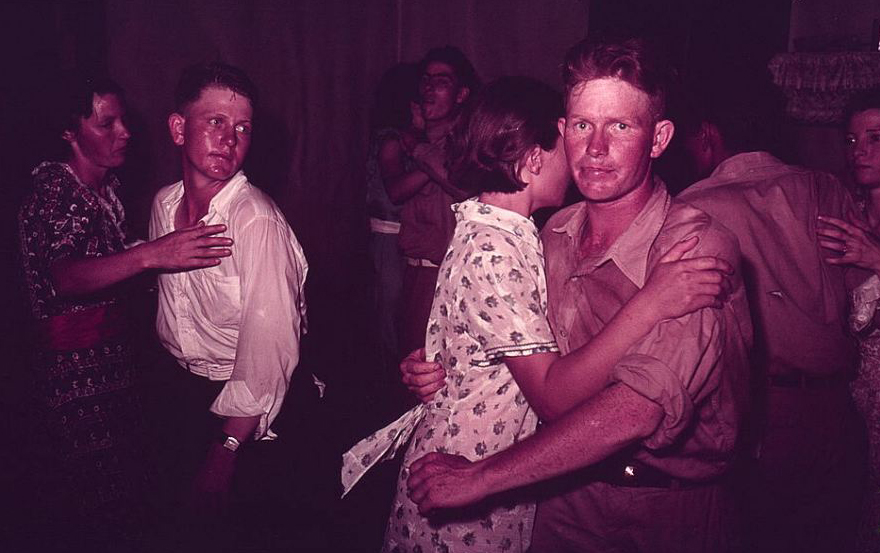 WHAT would a future where the sadly missed ‘slow set’ section of a disco was not only reintroduced, but made mandatory? WWN takes a look into our crystal ball:

Without the slow set to blow off a week’s worth of sexual frustration, our young people are currently spilling out of nightclubs and hitting the nearest person to them with the nearest bottle they see. After the slow set is reintroduced, all this aggression is boiled off before they even get to the street.

As people spend more and more time locked at the pelvis while swaying to Bryan Adams and licking the inside of each others heads, they simultaneously avoid drinking their faces off at the bar. A&Es report a miraculous drop in stomach pumping and head injuries.

3) STDs and unwanted pregnancies fall by 95%

As people get all the lovin’ they need over the course of five or six power ballads from the eighties, they feel less of an urge to just grab a randomer and sleep with them. People just kiss for twenty minutes on the dance floor, shake hands and then go home to their separate beds. Chlamydia vanishes in less than six weeks.

4) Queues for chips shorten by half

Single people currently queue in the chip shop for their own post-club meals, but after the slow set becomes mandatory, these figures are cut by half as the man queues for the kebabs while the lady waits outside, staring longingly at him as if he’s just the greatest thing in the world.

5) Sales of roses by Romanians soar

Romanians selling roses outside nightclubs finally make a sale as happy couples pour out into the night. Who wouldn’t want to buy a rose for the lady? Only two euro? We’ll take 5!