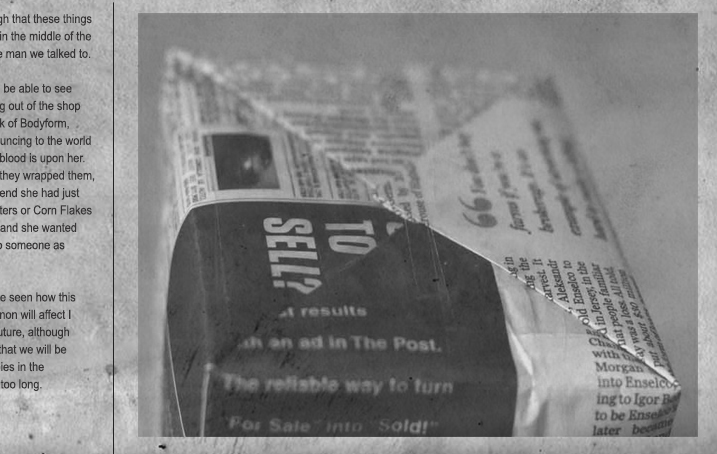 A SPAR in Athlone has become the last shop in Ireland to wrap female sanitary products in old leftover newspapers, following the increasingly annoying trend of this women’s rights nonsense.

Pantyliners and tampons, which are dangerous to the public if left unshielded by yesterday’s Herald, can now be sold freely to customers without being giftwrapped in three or four layers of paper.

The move has been welcomed by women who were sick of being made feel dirty or shameful while buying what they claim is “a necessary product for every menstruating woman”.

The move has been declared “a damning indication of the Godless society we live in” by people who believe that menstruation is in fact both dirty and shameful, and that women should buy their sanitary products under the cover of darkness, and perhaps only once a year.

“It’s bad enough that these things are out in full, in the middle of the shop,” said one man we talked to.

“But now, we’ll be able to see women walking out of the shop carrying a pack of Bodyform, basically announcing to the world that the sin of blood is upon her. At least when they wrapped them, you could pretend she had just bought firelighters or Corn Flakes or something, and she wanted to give them to someone as a surprise”.

It remains to be seen how this new phenomenon will affect Ireland in the future, although many believe that we will be eating our babies in the streets before too long.