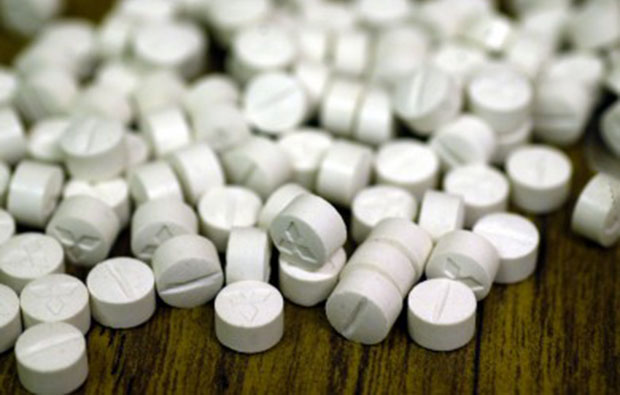 Ecstasy first arrived in Ireland in the early 1990s on a small sailing boat owned by one Gunther Ashcroft. The spiritual explorer landed on Killiney beach on a moonlit night in July with some 12,000 brown speckled tablets, each one brandishing a carefully handcrafted emblem of the dove – a symbol which appears on the Ashcroft family crest.

The Dutch national and chemist had toured the UK the previous year, distributing his pills in the London underground dance scene. Realising its success, the then 43-year-old organised a meeting in Dublin with one of Ireland’s notorious criminals, Daniel O’Donnell, in a bid to pitch his new designer product here.

After availing of free samples, O’Donnell realised the jaw contorting potential of such a drug, and immediately struck a deal with Ashroft, after a series of back stretches and back rubs. O’Donnell would later make a fortune selling the product outside churches after Sunday mass.

Such was the demand from around the world, Gunther’s home laboratory in Holland began to struggle, and after three years he had to invest in three more laboratories on the outskirts of Amsterdam.

The now multi-millionaire purchased three businesses to cover his rather large financial empire, including: a crown making factory, and two car dealerships to avoid detection by authorities.

By 1997, Gunther was one of the biggest distributors of ecstasy in Western Europe, with an estimated weekly income of $687 million and 43 cents.

However, due to a tip off from a disgruntled tablet engraver who was fired over etching a smiley face into a pill, Dutch police raided the speckled Dove factory, forcing it to close, making 1,600 foreign nationals unemployed.

Luckily, the factory was under his Ashcroft’s son’s name and he was spared a lengthy prison sentence, which his son carried out instead.

“I’ve got four more sons, so it’s okay,” he was once reported as saying.

With only three labs remaining, Gunther decided to change the emblem on his signature pills to throw off further investigation.

In his crown making factory, he insisted that all etchings must contain a crown on each side – which later coined the name ‘double crowns’.

With both his car dealership labs, he decided to simply emulate the car brand logo; one Rolls Royce, and the other Mitsubishi.

Then a legend was born.

Gunther began experimenting with new formulas for each, and added colour dyes to reflect the chemical content, but kept the Dove formula for his Mitsubishi’s.

“Dad loved the Mitsis best,” son James told Time magazine in 2003. “It was the biggest of all his labs and was where he kept his office. We would sometimes share lines of pure MDMA together and hug for hours. Fond, sweaty memories.”

The Mitsubishi pill outsold the other formula’s by 20:1, making it the most successful brand of Ecstasy tablet the world has ever seen. For over five years Mitsubishi tablets flooded both the UK and Irish markets to such an extent that many people associated the three diamond emblem more with ecstasy than automobiles.

In a survey in 2001, 98 out of 100 people said that when they heard the name ‘Mitsubishi’, they immediately thought of Es and wanted one, forcing the Japanese car maker into action.

Company CEO Kato Kinaka announced that Mitsubishi was going to war with whoever was stealing their brand logo, and vowed to bring them to justice.

The car manufacturer hired 12 specially trained Japanese secret service agents to track down and eradicate the source of the pill. Rolls Royce later followed suit and joined in the search for the factory.

After 3 long years, the elite team of Japanese and English agents narrowed down their search to Ashcroft’s Mitsubishi car garage in Holland – the location of the lab. A four hour gun battle ensued involving Dutch special forces and dedicated workers at the pill/car factory.

“Everyone was high at the time. Gunther insisted that he wanted to go out on a bang. He really meant it,” recalled one member of staff who survived the raid.

Unfortunately, not everyone made it out alive.

123 pill engravers and 34 moulders were killed by bullets and another 57 people died of overheating due to overdosing on MDMA. Gunther Ashcroft managed to fend off police until the very end before dropping 12 Mitsis in one go.

“He just charged at officers. Eyes like saucers,” said one eyewitness. “I don’t know how he didn’t fall over his jaw. It was all over the shop.”

It took 267 bullets to eventually stop the drug kingpin in his tracks. Toxicology reports later confirmed the 54-year-old died after his heart exploded, not from bullets, but from a lethal dose of pills.

Agents employed by Mitsubishi later decapitated him and were allowed to bring back his head by the Dutch government out of honour.

Gunther Ashcroft’s head is now on display in Tokyo. 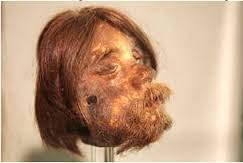