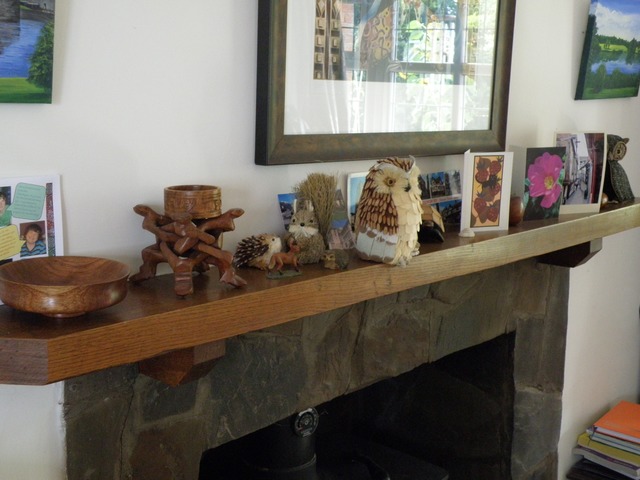 A NEW study has found that the mantelpiece is a perfect place to leave any old shite at all, and that over 98% of people make it their ‘first-port-of-call’ when searching for stuff that has gone missing.

The study, carried out in someone’s sitting room, showed that just about any possible object can be left there, without question.

“Pens, hair-clips, ridiculous ornaments, loose change, you name it,” explained lead researcher Professor Jason Parnell of the Tipperary Institute of Mantelpieces. “We found that the average Irish mantelpiece can harbour over forty thousand different items in its lifetime, given that the average mantelpiece lifespan is thirty years.”

Mr. Parnell’s team also found that the fire shelf was the number one location when beginning a search for missing items, followed closely by the top of the fridge or microwave.

“Having a place to leave any old shit is important in every household,” added the professor. “It’s a point of reference for people when asked if you have seen a missing object. For instance: “Did you check the fireplace?” is probably the number one answer given during an ongoing searches”.

Mantelpieces were first invented in Rome around 245AD by designer Cassius Kunnilus. They were originally used to hang Christmas stockings and game.